The construction for the 33-km Colaba-Bandra-SEEPZ Metro line-3 project is currently underway. 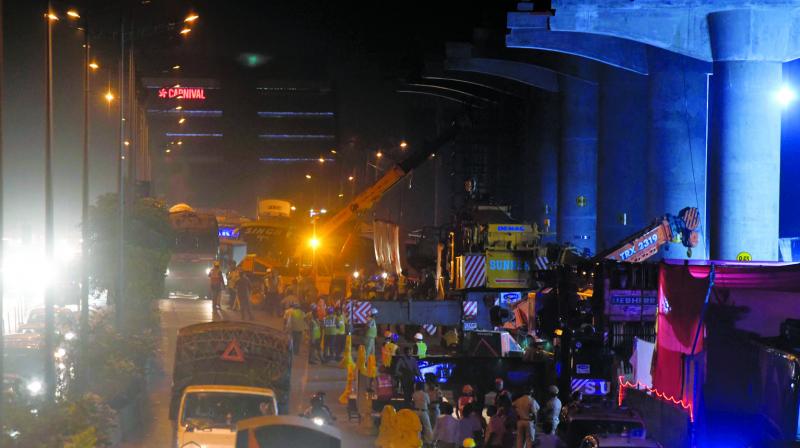 Mumbai: The Bombay High Court on Friday directed the Mumbai Metro Rail Corporation Limited (MMRCL) to not carry out any construction or ancillary activity of Metro-3 project at night for two weeks after a resident complained of inconvenience.

A division bench of Justice Manjula Chellur and Justice Nitin Jamdar was hearing a petition filed by a Colaba resident Robin Jaisinghani who alleged that people residing near constructions site face inconvenience due to late night work of the Metro-3 project.

He further sought a compensation of Rs 10,000 per day for “hardships and sufferings due to the inconvenience caused by construction activity.”

MMRCL’s lawyer told the court, “The concerned authorities have not yet granted permission to carry out construction work in the night therefore only concrete filling work is being done during the night time.”

Replying to MMRCL's claim, Mr Jaisinghani told the court that "according to the HC's order last year and noise pollution rules of central government, construction activities which create noise are not allowed between 10 pm and 6 am."

The court said, “We direct the MMRCL not to carry out any construction activity, or ancillary work pertaining to the Metro-3 project from 10 pm to 6 am for a period of two weeks.” The court said it would also hear Maharashtra Pollution Control Board's (MPCB) argument on the issue and kept the matter for hearing after two weeks.

The construction for the 33-km Colaba-Bandra-SEEPZ Metro line-3 project is currently underway. It is a part of the Metro line which will connect Cuffe Parade in south Mumbai to the city's north-central suburb SEEPZ.