The Maharashtra ATS has also detained and questioned 15 more persons from multiple locations in the state. 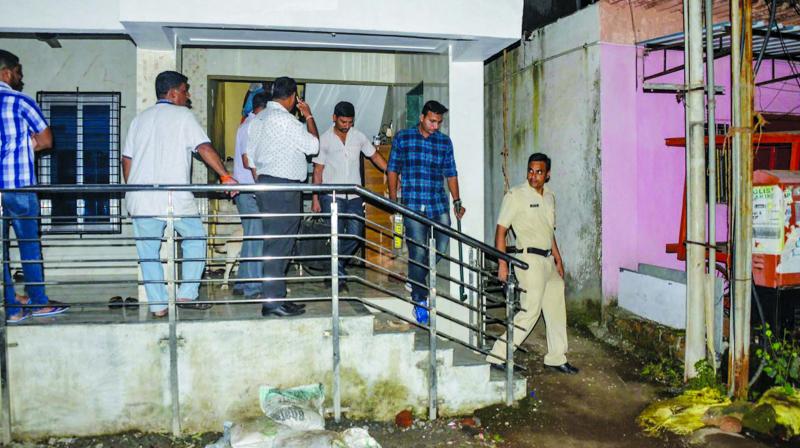 Mumbai: A day after a terror ring was busted and three persons arrested, the Pune unit of the Anti-Terrorism Squad (ATS) has laid its hands on a huge cache of arms at the residence of one of the arrested accused on Saturday. The seizures, which officials say hints towards something sinister, include country-made pistols, firearms, an air gun, automobile number plates, choppers and knives.

The Maharashtra ATS has also detained and questioned 15 more persons from multiple locations in the state. The suspects have been picked up from Pune, Pandharpur, Satara and Solapur, among other cities. The names came to the fore during the questioning of the arrested trio. The suspects are being questioned to ascertain if they were part of a conspiracy to target several cities with the cache of crude bombs and the weapons that have been seized.

Following the arrest of the main accused Vaibhav Raut (40), a gau rakshak (cow protector) in the early hours of Friday with a cache of explosives and his accomplice Sharad Kalaskar (25), the ATS learnt of one Sudhanwa Gondhalekar (39), from Pune and apprehended him. He is suspected to be associated with Sambhaji Bhide’s right-wing organisation Shiv Pratishthan Hindustan.

“The house also had some electronic items, a handbook on explosives, printouts of explosive and mobile phones, circuit drawings of relay switches, some pen drives, hard disks and memory cards, all of which have been seized. We will have to send the storage devices for forensic analysis to ascertain their contents,” said an ATS officer.

The items will be sent to the Forensic Sciences Laboratory at Kalina for analysis. The ATS will be adding fresh sections as per provisions of the Arms Act in the case.