The doctors left at 2 pm on Sunday and are expected to be camping for five days in Kolhapur and Sangli. 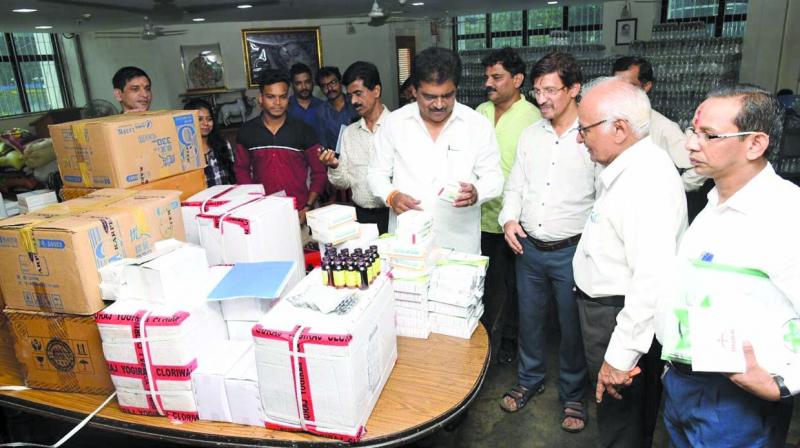 The relief materials at the Sena Bhavan. (Photo: ASIAN AGE)

A team of 100 doctors, including those from different organisations, under the leadership of Shiv Sena MP Shrikant Shinde left for flood-ravaged Kolhapur and Sangli districts to treat people.

The doctors left at 2 pm on Sunday and are expected to be camping for five days in Kolhapur and Sangli.

Shiv Sena’s MP Arvind Sawant said, “This medical team will have technical expertise. The health camps will continue for five days, starting Monday. The 100 doctors have been divided into 10 teams, which will conduct health camps in different areas.”

Apart from the medical teams, daily essentials like sanitary napkins, towels, blankets, bed spreads, Solapuri Cheddar, undergarments, toothpastes, biscuits and other such items too will be sent to Kolhapur and Sangli.

The Sena, which is an ally of the BJP, also held a relief rally in the evening. The materials and money collected in the rally would then be dispatched to flood-affected districts.