According to sources in the Kolhapur market yard, the prices of almost all vegetables have skyrocketed in last couple of days. 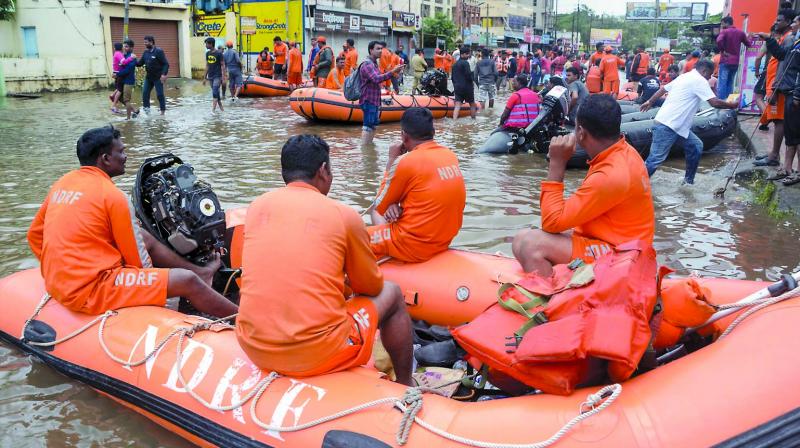 The flood-ravaged Kolhapur has been facing acute shortage of food grains, vegetables, milk and other essential commodities, causing problems to residents. According to collector office sources, some vendors are taking advantage of the growing demand for essential commodities and are selling them at exorbitant prices.

According to sources in the Kolhapur market yard, the prices of almost all vegetables have skyrocketed in last couple of days.

The rate of brinjal in market yard has gone up to Rs 200 per kg. The vegetable’s price is expected to reach Rs 250-300 by the time it reaches retail vendors.

As per the directive issued by collector Daulat Desai, legal action will be taken against those selling products/commodities at increased rates, taking advantage of floods in the city. Mr Desai has also urged people to call on 1077 & 2655416 to register complaints.

People are requested to call the numbers released by the district administration for any such complaint if they are asked to pay more than the normal price, the district collector said.

Meanwhile, the floodwater in Kolhapur city — submerged for more than a week — has still not receded completely. Moreover, relief aid has been coming from all quarters, though it is proving to be inadequate.

The district authority has also directed police to increase its bandobast to ensure law and order at transit camps, which are set up for flood-affected people.

“The police have also been asked to be on alert in order to prevent robbing at vacated apartments. In addition to this, they have also been directed to take legal action against anti-social elements, who are trying to create rumours via social media,” said Mr Desai, a senior Indian Administrative Service (IAS) officer.