Chinchpokli Ganeshotsav Mandal, which is celebrating its centenary this year, is donating Rs 5 lakh from its coffers to victims in Sangli. 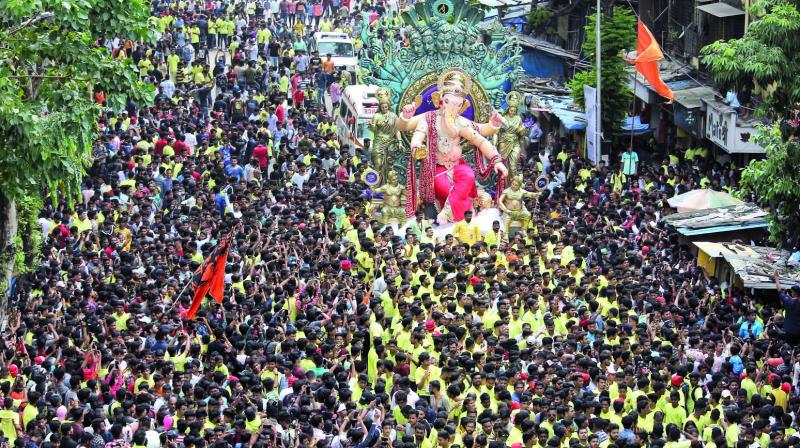 Mumbai: Devotees from the city and far-flung suburbs thronged Mumbai’s streets Sunday to catch a glimpse of idols of the Lord, which were crafted at various workshops, arriving at their respective pandals.

As the lion’s share of workshops are situated at Lower Parel, Chinchpokli, Lalbaug, Dadar and Mahim, roads and surrounding areas saw traffic snarls on Saturday and Sunday when the idols were taken to their pandals. 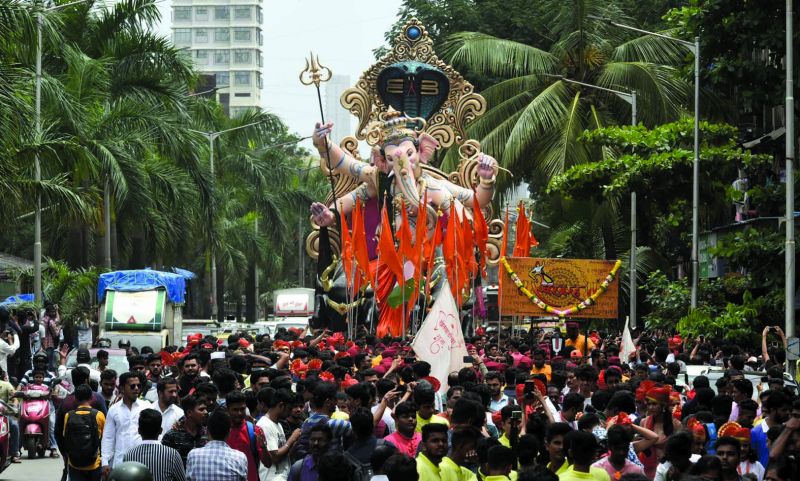 Meanwhile, devotees exemplified the saying ‘they serve God well who serve his creatures’ by attempting to alleviate the misery of Maharashtra’s flood victims.

Chinchpokli Ganeshotsav Mandal, which is celebrating its centenary this year, is donating Rs 5 lakh from its coffers to victims in Sangli and Kolhapur. Mandals have also decided to donate generously to the chief minister’s relief fund while several donation boxes were also seen on Sunday and appeals were made to the faithful to donate generously.

Nikadwari lane’s Sarvajanik Ganeshotsav Mandal, known as Gir-gaoncha Raja, will celebrate its 92nd anniversary by collecting clothes, goods, and crockery for flood-affected people. Sanket Malgun-dkar, the treasurer of this mandal, said trucks bearing these goods would set out for their areas from Mumbai on August 18.

The celebration of Ganesh Chaturthi in its current form was championed by freedom fighter Lokmanya Tilak who viewed it as a means to circumvent the colonial British government ban on Hindu gatherings.