In a veiled reference to the NCP, Mr Patil said that his constituency had faced injustice. 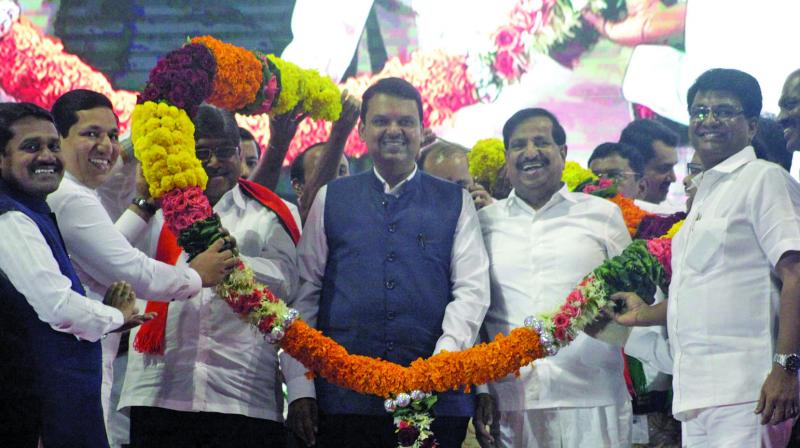 Mr Patil was inducted into the BJP in the presence of chief minister De-vendra Fadnavis at Gar-ware Club in south Mumbai on Wednesday afternoon whereas Mr Naik joined the saffron party along with former MP Sanjeev Naik and 48 corporators of the Navi Municipal Corporation (NMMC) as Mr Fadnavis and BJP state president Chandrakant Patil looked on in Navi Mumbai in the evening.

The BJP had been trying to rope in Mr Patil  — a state minister from 1995 to 2014, who represented the Indapur Assembly constituency — as part of its efforts to wrest the Baramati Lok Sabha seat from the Pawar family.

Mr Patil said he had resigned because the NCP had refused to give Baramati to the Congress. In a veiled reference to the NCP, Mr Patil said that his constituency had faced injustice.

The induction of Mr Naik, considered an est-ablished leader in Navi Mumbai, into the saffron fold holds significance as it will enable the BJP to gain control of the NMMC.