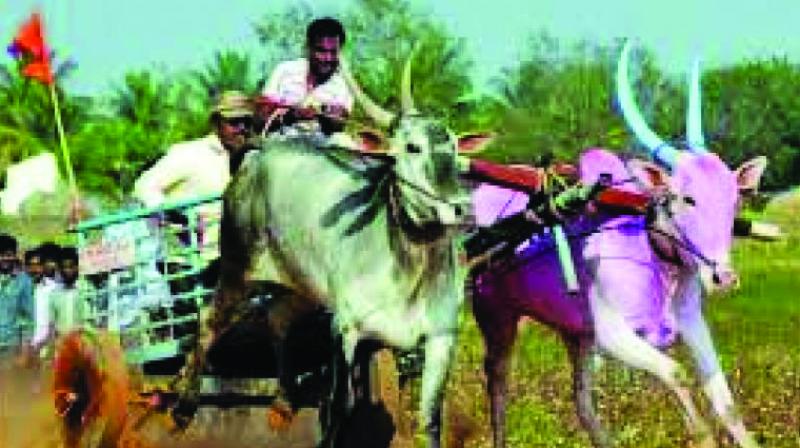 Some of the conditions include that the race shall be organised on a proper track and not exceed 1000 meters in length.

Mumbai: The Bombay high court discarded Maharashtra government’s proposal to allow bullock cart race with new rules. The Bombay high court on Wednesday restrained the government of Maharashtra from allowing bullock cart races in Maharashtra observing that its proposed amendments in the Rule, which was intended to remove cruelty to bulls and bullocks while being used in races, will not help these animals in any way because even making bulls run in the race itself is cruelty to them.

Senior counsel Aspi Chinoy on behalf of state informed the division bench of Chief Justice Manjula Chellur and Justice N M Jamdar that the Maharashtra government has proposed an amendment in the Act which may be called Maharashtra Prevention of Cruelty to Animals (conduct of bullock cart race) Rules, 2017.

He informed the bench that the permission to participate and conduct bullock cart race would be allowed only if the conditions mentioned in the Rules are adhered to and these rules also provide punishments like forfeiting of deposit and ban for lifetime if anybody violates any of the rules.

Some of the conditions include that the race shall be organised on a proper track and not exceed 1000 meters in length. The track should not have a steep slope, stones or rocks. The bulls should be provided rest for a minimum of thirty minutes before they are brought to the tracks and one bull should not be used for more than three races per day. The Thasildar should remain present during the entire race to monitor it and the race should be videographed throughout. Beating with a stick, kidding, use of whip or possession of whip stick or any other such device shall be strictly prohibited.

Consumption or possession of alcohol or any other form of intoxicant by any cart-man is prohibited. The organiser shall ensure that any person or person in charge of the animal causes no pain or suffering to the animal before and during the bullock cart race.  The bench held that the amended legislation didn’t address the apex court’s apprehensions on the cruelty inflicted upon the bulls because it was clearly mentioned in the SC order that bulls are not meant to be used as performing animals.