People are not aware of the origin of the race, said Takalkar. 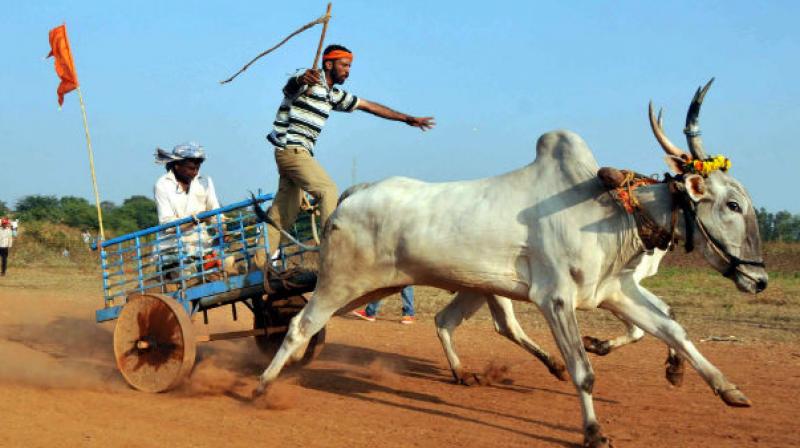 “I am very happy with the decision of the high court. People generally don’t understand, and they are not aware what kinds of cruelties are involved in bullock cart races,” said Ajay Marathe, an activist who had filed a PIL against bullock cart races.

He said, “The HC is right that by changing the law you cannot change the physical structure of an animal, a bull is not designed for running so changes in the legislature will not make him an animal which can participate in races.”

He added, “I hope HC’s stand will remind people that animals also have rights and there is a need to respect their rights too.”

Ramkrushn Takalkar, a member of All India Bullock Cart Race Association, Pune said, “The HC’s stand will eliminate Khillar (breed generally used in races) because there is no motivation to breed it.”

“Cows of this breed produces very less milk. Common villagers are able to bear expenditure of these bulls by selling them at a good price either for agriculture purpose or racing,” said Mr Takalkar.

People are not aware of the origin of the race, said Mr Takalkar. He added, “The season of race starts every year with the celebration of Ganesh Chaturthi. This is the time when people come for darshan or other purposes and hire bullock cart to reach their destinations. During the journey, people started to race and later it turned into a proper race.”

He also said, “Nowadays many farmers own tractors, and they don’t use bulls for farming, so demand in this area has reduced, you cannot sell the bulls for meat. Now, the only option of selling animals for a race was remaining, but this is also gone”

Bharat Bache, a participant of a race from Pune said, “We are farmers, we don’t have any other form of entertainment, we are taking good care of our bulls, the race is our tradition which we need to maintain its legacy.”