Will provide glucose, energy drinks for on duty staff. 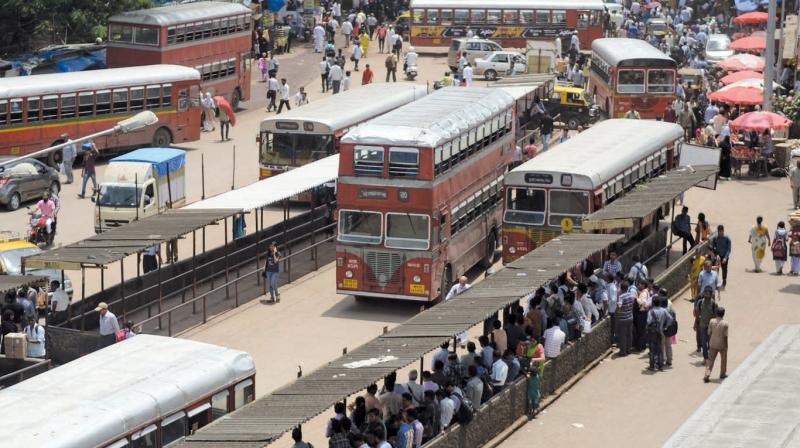 The drivers were found to be fainting quite often during work hours due to being dehydrated.

Mumbai: For the first time, Brihanmumbai Electric Supply & Transport (BEST) drivers and conductors will be given glucose packets and energy drinks to stay hydrated while on duty. The undertaking is considering providing energy drinks at depots where drivers and conductors take 10-minute breaks between routes every hour. The undertaking is also looking at providing balanced meals at depots.

The idea took root during talks between various unions of the BEST and officials, where it was pointed out that the drivers often feel faint, dehydrated or tired during their new duty hours. The drivers and conductors are also the frontline staff of the undertaking i.e. they have highest frequency of interaction with the commuters on a daily basis. An easy and doable step for the undertaking is the hydration plan, an official said. “The provision of ORS formula, glucose packets and energy drinks for conductors and drivers is feasible for us, as the undertaking can reach out to corporates.” The official further added, “A lot of companies under the Corporate Social Responsibility (CSR) help government bodies, so we might approach them.”

Another official said, “The BEST canteen food is subsidised and we are thinking of bringing in nutritionists, who will help us map out the food that will be served at the bus depot.” Not only do bus drivers and conductors eat at the Colaba depot but also more than 1,000 of the office staff that works in Electric House.” 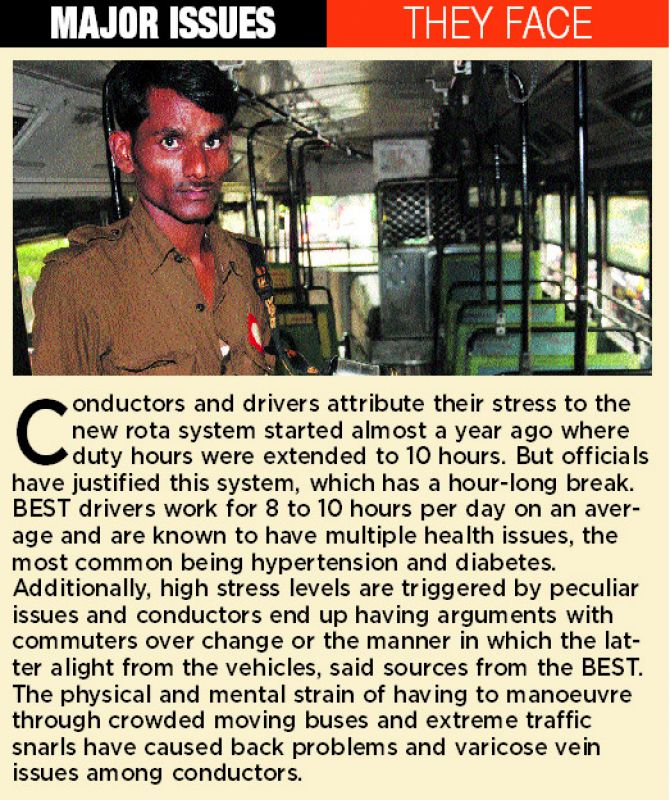 BEST drivers and conductors are some of the many public servants such as motormen and the Maharashtra State Road Transport Corporation (MSRTC) that see high stress levels and ailments due to their jobs.