BJP leader Vijender Gupta, however, claimed that the AAP’s intentions are “mala fide” on the issue. 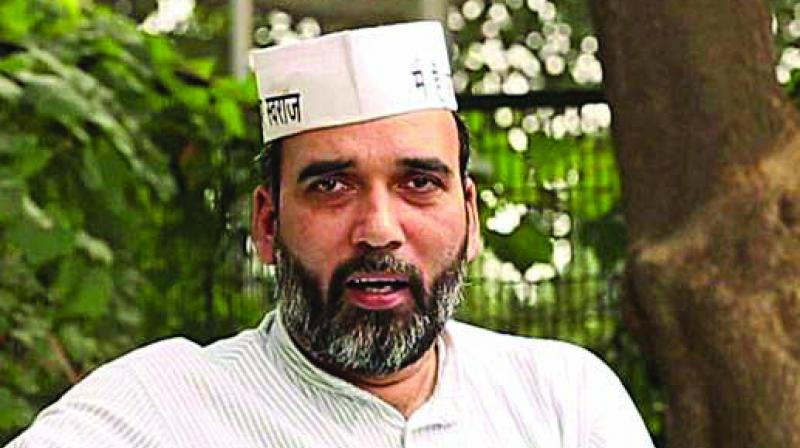 New Delhi: AAP on Monday claimed that the Centre has no intention of fulfilling its promise of regularising unauthorised colonies and that it’s just an election gimmick.

The BJP, however, hit back saying that it is the Central government’s “sincere” effort to regularise such colonies and alleged that the AAP government in Delhi is acting “irresponsibly” on the issue. AAP leader Sanjay Singh said that the Congress had also issued provisional certificates in 2008 before the Assembly elections and after coming to power it had not regularised these colonies.

“Now BJP is doing the same thing. The BJP is saying that they will register names of people living in unauthorised colonies on an online portal. It is nothing but an attempt to dupe people,” Mr Singh said.

AAP leader Gopal Rai said the regularisation of unauthorised colonies is “just an election promise that the ruling party has no intention of fulfilling”.

BJP leader Vijender Gupta, however, claimed that the AAP’s intentions are “mala fide” on the issue.

“They (AAP leaders) are acting irresponsibly. It is double-speak on part of the AAP. On the one hand, they are thanking the Centre for the move and on the other, they are speaking something else,” he said. In October, the Union Cabinet approved a proposal to grant ownership rights to people living in unauthorised colonies in Delhi.

Housing and urban affairs minister Hardeep Singh Puri had said that the Centre would also bring a bill in the Winter Session of Parliament to give relief to the residents of unauthorised colonies in the national capital.

The move comes ahead of Assembly polls in Delhi, scheduled for early next year.