After an extended round of delays, the state government had agreed to shoulder the responsibility of the hospital. 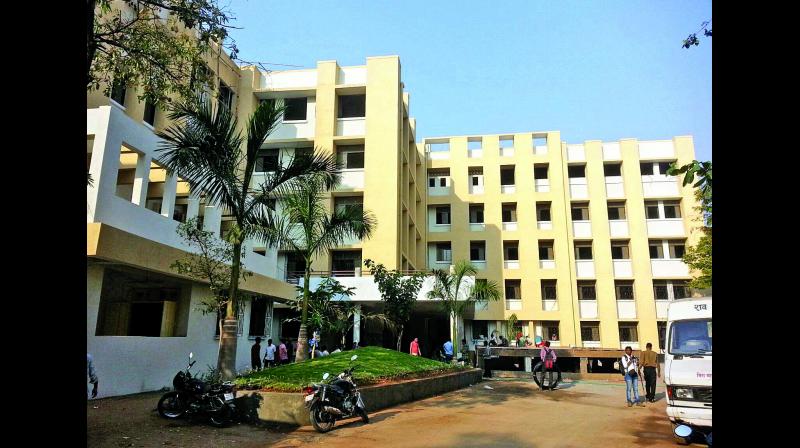 Thane: In a move that is sure to raise hopes of the 14 lakh plus population towards getting better medical facilities in the Mira-Bhayandar, the state government finally took over the reins of the Mira Bhayandar Municipal Corporation (MBMC) run-Bharat Ratna Late Pandit Bhimsen Joshi (Tembha) Hospital in Bhayandar on Saturday.

After an extended round of delays, the state government had agreed to shoulder the responsibility of the hospital.

Subsequently, a deed-of-assignment (DoA) was inked between the civic administration and the Deputy Director of Health Services in May-2018.

For a smoother transition, it was mutually decided upon that the MBMC will bear expenses towards salary, security, laundry and housekeeping for a year, till physical possession.

Additionally, the civic body will also set up operation theatres, intensive care units and other completing civil-related work on the top floor of the hospital.

The hospital stared at a closure owing to the tug-of-war between the state government and the MBMC over pending works, prompting a delegation — comprising former legislator Narendra Mehta and civic chief Balaji Khatgaonkar — to meet government officials and hammer out a solution by offering an undertaking to end the logjam surrounding the handover process.

“It will be ensured that all commitments mentioned in the undertaking are fulfilled as soon as possible,” said Mr Khatgaonkar.

“It’s elevation from the status of the municipal establishment to a state-run sub-district entity will not only pave the way for up-gradation of services in the form of a multi-speciality hospital but will also help in documentation work which was hampered due to the absence of a civil surgeon,” said Mr Mehta.

While there is not a single full-fledged government hospital in the Mira Road to Dahanu belt, serious cases are referred to municipal hospitals located in western suburbs of Mumbai.