Police reached the spot and rescued the baby boy who was admitted at Cooper Hospital and is currently in a healthy state. 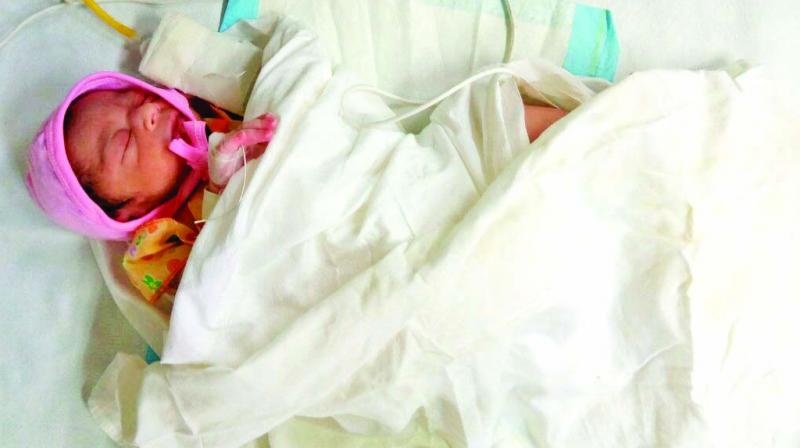 The infant is at Cooper Hospital.

Mumbai: Alerted by local residents, DN Nagar police recovered a newborn baby boy from a garbage dump at Jamat Khoja Khana in Andheri. Search is on for the infant’s parents.

After receiving a complaint at about 7.45am, police reached the spot and rescued the baby boy who was admitted at Cooper Hospital and is currently in a healthy state. A case has been registered against an unknown person under IPC section 317 for abandonment of a child under 12 years of age.

Police sources said that the newborn baby is possibly just a day old. Local sweepers found the infant lying in a dumpster at about 7.30amwhen they reached there to do their job. When they started clearing the dump, they heard cries and saw something moving. That’s when they saw the baby moving and alerted the police.

A police source said that the baby boy was immediately taken to civic-run Cooper Hospital where doctors checked and found him healthy. He will be kept for a few days more under observation. Meanwhile, police has started looking up nearby hospitals where new mothers have recently given birth to a baby boy.