Patil also demanded that the top police officers should be suspended in Bhima Koregaon attack case. 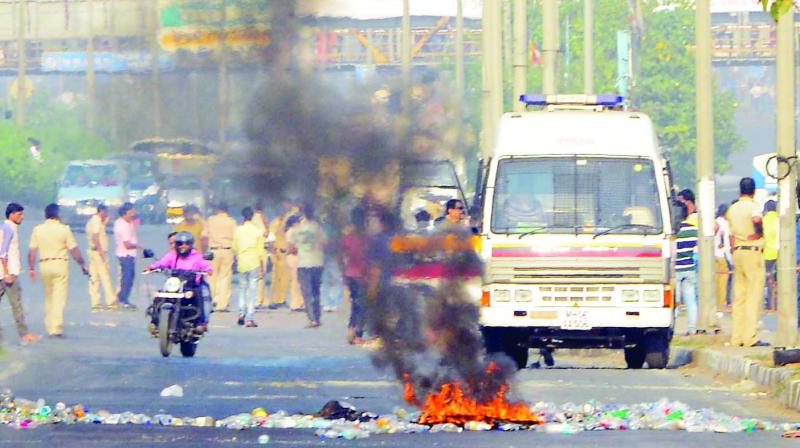 Mumbai: Leader of Opposition in the Assembly, Radhakrishna Vikhe -Patil has claimed that the recent Bhima Koregaon violence was sponsored by the state. Mr Vikhe- Patil  alleged that the government did not take any action immediately because it was state sponsored. “The violence was an attempt to create rift between Maratha and Dalit community,” he said.

Blaming the government for the Bhima Koregaon attack, Mr Vikhe-Patil said, “The messages of the attack were circulated on social media. How come the intelligence did not pay attention to it? Why did they not prevent the incidences? It was the government’s ploy to create a rift between the Maratha and Dalit community,” he said. He also demanded that the top police officers should be suspended in this case.

Mr Vikhe-Patil questioned the government’s inaction after the attack. “In Bhima Koregaon issue, the government’s apathy was hard to take. They failed to take any action against the culprits and prevent the violence.

I tried calling the police to control the situation but in vein. The government did not do anything to handle the crisis,” the Congress leader said.

On the first day of the month, people going back after visiting Bhima Koregaon were attacked in which one person died.

This provoked a stateside bandh to condemn the attack. The government has not yet declared arrest of any accused in the case.