The KVIC in a letter dated August 13, 2015, asked Fabindia to stop further advertisement and sale. 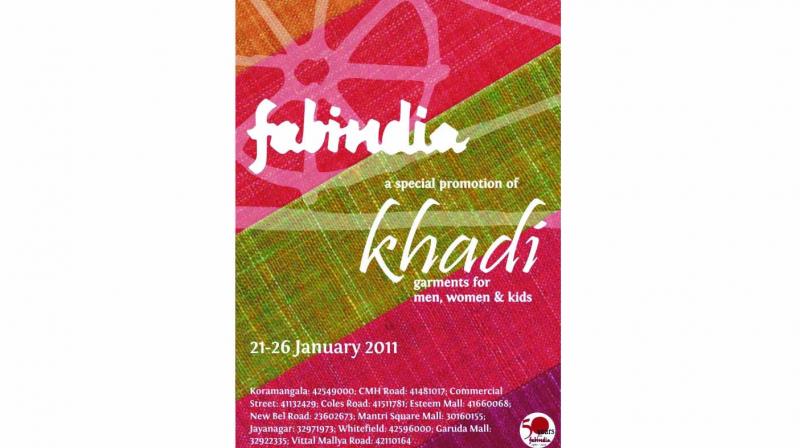 KVIC claims Fabindia has not sought any approval to sell khadi products.

Mumbai: The Khadi and Village Industries Commission (KVIC) has sent a legal notice to Fabindia for selling its ready-made cotton garments as khadi products without getting proper approvals and threatened legal action if the organisation did not stop the practice.

According to February 8 notice, KVIC had drawn the attention of Fabindia to this aspect in August 2015 when it had come up with advertisements for selling or trading of fabric in the name of khadi. The KVIC in a letter dated August 13, 2015, asked Fabindia to stop further advertisement and sale.

In a legal notice (accessed by this paper) to Fabindia chief executive officer Viney Singh, KVIC’s director (legal affairs) K.S. Lakshminarayan stated that the organisation has been selling its garments in the name and style of khadi despite earlier warnings by KVIC.

According to the legal notice, KVIC had written to Fabindia on August 13, 2015 too. The letter was written when Fabindia had come up with advertisements for selling or trading of fabric in the name of khadi. The company was asked to stop further advertisement and sale of the concerned fabric.

KVIC officials have claimed the company’s act to be illegal and amounting to indulging in unfair trade practice.

Commenting on the legal notice, Fabindia CEO Viney Singh said, “We are in receipt of the notice and have responded to KVIC, requesting a meeting with the designated authorities to understand the issues that have been raised, and to resolve them.”

According to KVIC’s notice, a detailed inspection of garments sold by Fabindia and its price tags showed that the labels stitched on the garments mentioned them as ‘Fab India Cotton’ but the removable price tags had ‘khadi’, which proved that Fabindia was misleading the consumers. The notice specified that KVIC officials had seen fabrics being sold in such manner in Bengaluru airport.

As a result, KVIC has asked Fabindia to explain the matter within 15 days. It stated if the company failed to give a justification on the matter then KVIC would be constrained to proceed against it as per law for violation of the Khadi Mark Regulations. KVIC chairman V.K. Saxena said KVIC would take stringent measures against those who violate the rules and regulations that have been framed for the benefit of rural artisans attached to it.

Box: Khadi Trademark
As per Khadi Mark Regulations, 2003 notified by the Union ministry of micro, small and medium enterprises, no textile shall be sold or otherwise traded by any person or certified khadi institution as ‘khadi’ or ‘khadi products’ in any form or manner without it bearing a ‘khadi mark’ tag or label issued by a committee under the regulation. The regulation enforces certain obligations on every person or certified khadi institutions engaged in the business of sale of products as khadi or khadi products.