Virus has so far affected over 9,000 persons all over country. 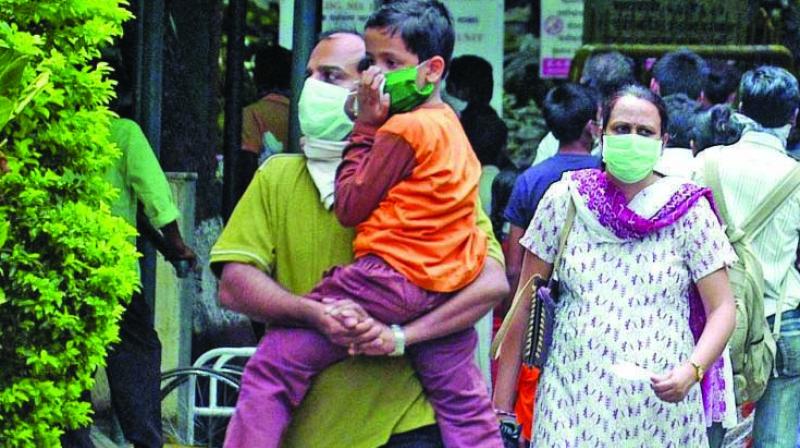 The health ministry has also recommended vaccination for healthcare workers and other priority groups.

Mumbai: Swine flu (H1N1 virus) has claimed 17 lives in Maharashtra and affected 204 people. The death toll across the country due to H1N1 has soared to 312, with 86 deaths recorded in the last week, according to data released by the Union health ministry on Monday.

The H1N1 virus all over the country has so far affected over 9,000 persons. With the number of swine flu cases rising, the health ministry has asked the state government to bolster their surveillance for early detection of the disease and also keep beds reserved in hospitals to deal with acute cases, which require the ventilator facility.

A senior health officer from the central health department stated, “States have also been advised to involve district collectors in enhancing public awareness and outbreak response. The guidelines for influenza vaccination and the details of manufacturers of vaccine provided by drug controller general of India have been shared with all states. Communication material for preventive measures has also been shared. Video conferences are also being held regularly to monitor the situation.”

The health ministry statement read as advisory for preparedness to seasonal influenza (H1N1) was issued and the Integrated Disease Surveillance Programme (IDSP) and its state units have enhanced surveillance for influenza like illness (ILI) and severe acute respiratory infections (SARI).

The drug controller general of India has been asked to coordinate with drug manufacturers and monitor the availability of Oseltamivir, the medicine recommended by WHO, in various states. The health ministry has also recommended vaccination for healthcare workers and other priority groups.

The health advisory sta-tes that seasonal influenza (H1N1) is a self-limiting viral, airborne disease spread from person to person, through large droplets generated due to coughing and sneezing, indirect contact by touching a contaminated object or surface and close contact, including handshaking, hugging and kissing.