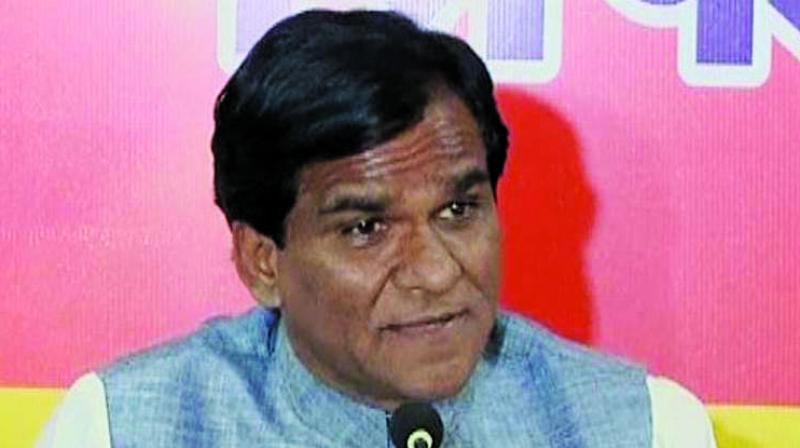 Mumbai: The Bharatiya Janata Party (BJP) has distanced itself from party state president Raosaheb Danve over his controversial remark about farmers. Chief minister Devendra Fadnavis and other senior party leaders have remained silent or refused to comment on the remark despite criticism from all sections. Now the party fears that Mr Danve’s remarks might mar its Shivar Samvad Abhiyan, which starts from May 25. The party will interact with farmers in the state via the programme.

Mr Danve had said, “The state government not only purchased four lakh tonnes of tur dal but also increased its quota by additional procurement of one lakh tonnes... saale still complain.”

After attracting flak from all the quarters for this, Mr Danve send an apology through a release, but avoided approaching the media. Mr Fadnavis has also remained silent. A text message sent to the CM asking for a comment and it any action would be taken against Mr Danve went unanswered. A senior BJP minister also refused to comment on the issue officially. BJP sources said Mr Danve’s comment has not gone down well with the party leadership. Action against him might be expected in the future.

Meanwhile, the party is going to launch a ‘Shivar Samvad Abhiyan’ to communicate with farmers who are finding it difficult to sell their tur dal in the market. “We are beginning the abhiyan from May 25 for farmers. It was the instructions of Prime Minister Narendra Modi that party workers should speak to farmers to understand their plight. But Danve’s statement is unacceptable at a time when we are approaching farmers,” a senior BJP leader said on condition of anonymity. Mr Danve will visit Nandurbar district during the abhiyan.

The state’s cultivation for tur dal was very low in last two to three years, which led to a shortage that caused prices to surge up to Rs 200 per kg. Learning a lesson, the Maharashtra government later gave incentives to farmers to cultivate tur dal due to which bumper crop of 17 lakh quintal was seen this year. However, the farmers aren’t getting buyers to sell their tur dal, which is lying in their farms.