The panel asked the civic body to carry them out while going about the project. 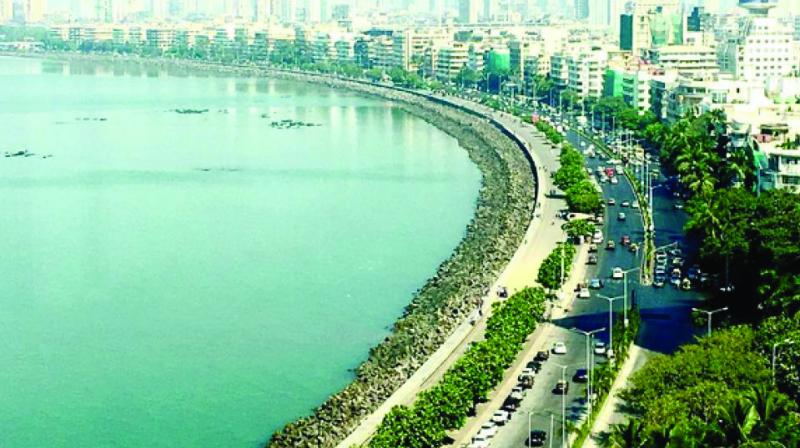 Mumbai: The Brihanmumbai Municipal Corporation (BMC) is considering making the proposed 29-km-long coastal road, which will connect Nariman Point to Kandivali, permanently toll-free. If the BMC goes ahead with this plan, the coastal road will be the first major road project, where commuters do not have to pay toll from day 1. The ministry of environment and forest (MoEF) on Thursday gave its final approval for the south-end of the project.

The MoEF on Thursday gave its environmental clearance for the south end of coastal road project – Princess Street Flyover to Worli end of Bandra-Worli Sea Link (BWSL) – thus paving the way to start the project.

The toll-free plan was one of the major suggestions put forth by the MoEF’s expert appraisal committee for projects related to Coastal Regulation Zone (CRZ). The panel asked the civic body to carry them out while going about the project.

“It was basically the BMC’s suggestion to make the project toll-free and it was upheld by the Centre’s experts committee in its recommendations. We will be building it with our fixed deposit amount. In addition to this, revenue collected from fungible FSI would also be used for the project,” said a senior civic official.

According to civic data, the BMC has a huge fixed deposit amount of Rs 61,000 crore in its coffers. It has also received Rs 8,267 crore from fungible FSI.

The south end of coastal road includes the stretch from Marine Drive to the Bandra-Worli Sea Link (BWSL) and the north part, the BWSL to Kandivali.

The south part is divided into three sections: an underground tunnel from Princess Street (Marine Drive) to Priyadarshini Park, a bridge from Priyadarshini Park to Baroda Palace (Haji Ali) and a road from Haji Ali to BWSL.

However, experts have said that even a toll-free coastal road would not be viable. Traffic expert Sudhir Badami said, “Whether you make it toll-free or not, it is a project beneficial for only handful of people who use road transport. Instead, the BMC should pump in its money in reviving its BEST undertaking, which is in dire straits financially.”