Drivers of both the firms say 80 per cent bookings in the city are ‘surcharge’. 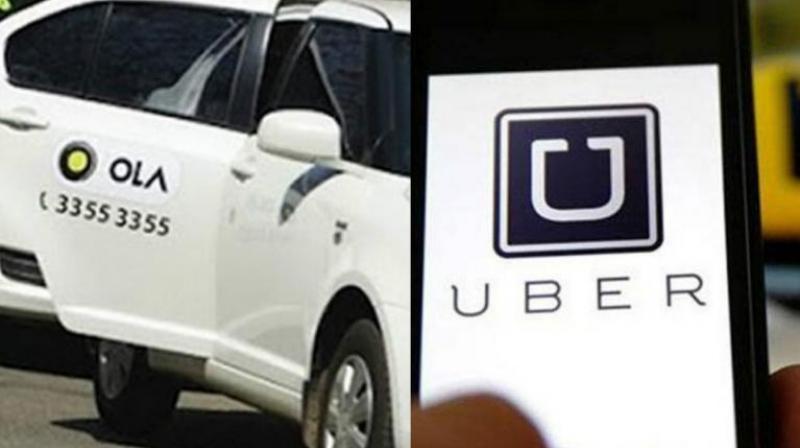 When launched, both apps had offers to tempt the common man.

Mumbai: If you are wondering whether you have been paying surge prices to app-based cab aggregators Ola, Uber too often, then you are probably right.

Drivers working for Ola, Uber said that in the past few months almost 80 per cent of their bookings have been ‘surcharge bookings’. A typical surcharge booking during peak-hour traffic that is from 8 am to 11 am and 4 pm to 7 pm charges almost three-to-five times the regular fare.

K. K. Mishra (35), who has been with the aggregator-based taxi services almost since they were introduced, said that surcharge has been in effect since a while now. “There is no way for anyone to know anything about what amounts to surge and how it is calculated.” He further added that this unchecked freedom has led to a situation where drivers are earning less despite commuters paying more. “Most of my rides have cost me a surcharge, so the non-peak/non-surcharge window to book a cab has shrunk. Hence, you will see that you might be paying say a surcharge of Rs 200 than the normal rates, or even more if your luck is down.”

Drivers have said that the surcharge has not helped them as they are being charged a 20 per cent commission for a day’s earning and at the same time incentives have been taken off the table. Another driver Kuldeep Khera said, “Earlier, I would get Rs 100 per trip. But they brought this down to Rs 50, then Rs 25 and now we have absolutely no offers.”

A lot of passengers are switching back to public transport. Sharing one such incident, he said, “I once received a pick-up request from Kalyan to the airport. Since it was evening, the surcharge rose three times. The passenger changed his mind midway and asked me to end the trip after 10 kms.”

When launched, both apps had offers to tempt the common man. There were promo codes like Rs 50 off on the next ride, or the first ride to be free up to Rs 200, or even free ride on the third booking. Now, these offers are nowhere to be found. Despite repeated attempts, Ola and Uber representatives did not offer any response.