The Indian Meteorological Department (IMD) had predicted pre-monsoon showers on Friday and rains from the first week of June. 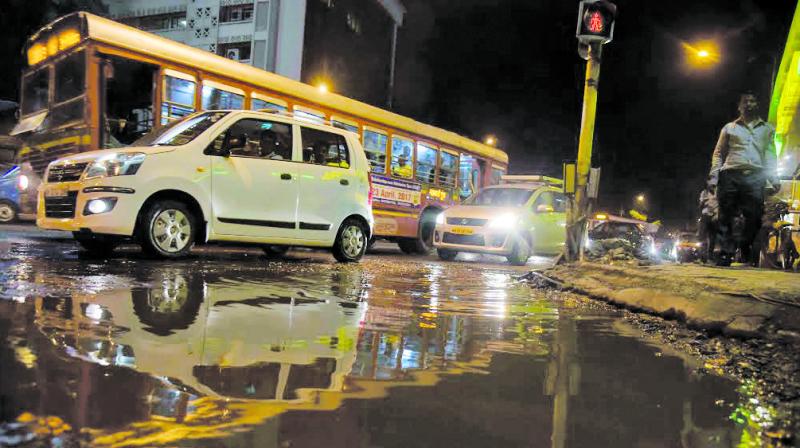 Mumbai: The first pre-monsoon showers Friday evening not only caught Mumbaikars by surprise but also gave them some much needed respite from the hot and humid weather. The showers, accompanied by thunder and lightning, affected central railway (CR) services, inconveniencing office-goers who were headed home.

People reacted to the temporary showers with the Twitterati welcoming them on social media. “Am I dreaming or is it really raining in Mumbai!” said Michelle D’Souza. “First rains, and the smell of mud...” tweeted Ritesh Bendre.

CR services, both on the mainline and harbour line, were a tad delayed by the showers. A CR spokesperson said, “Due to heavy winds, thunder and lightning, OHE power was affected at Sanpada-Mankhurd, Matunga-Kurla, and Vidyavihar-Kanjurmarg DN fast line from 1940 hrs. Traffic on harbour and mainline was finally restored by 2014 hrs and 2032 hrs, respectively,” said a CR spokesperson.

Not only Mumbai but neighbouring areas such as Thane, Navi Mumbai, and Panvel, too, witnessed showers accompanied by thunder and lighting. Having started in Navi Mumbai, the rain reached Mumbai by 8 pm with areas like Sion and Matunga witnessing heavy showers.

The Indian Meteorological Department (IMD) had predicted pre-monsoon showers on Friday and rains from the first week of June. Rain or thundershowers will occur (on May 12) towards afternoon or evening, the IMD had said.