The entire party is planning to cause a stir in the state with its second-rank leadership criss-crossing all five regions of Maharashtra. 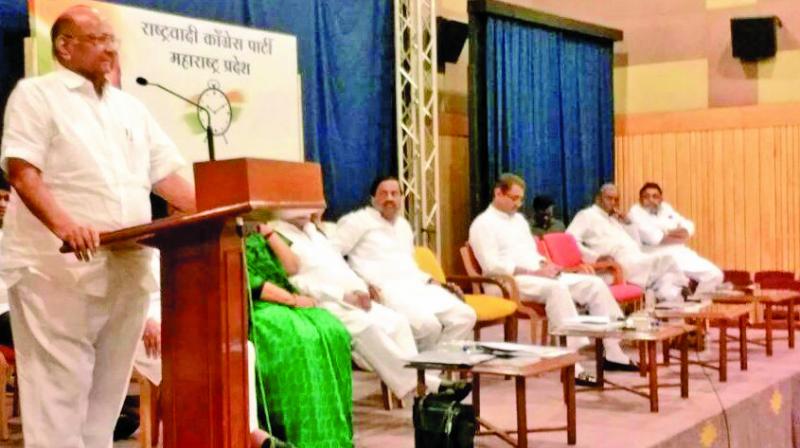 Beginning June 11, the NCP chief will kick-off his state-wide tour from Vidarbha by meeting a cross-section of society to raise issues.

Mumbai: In a bid to revive the fortunes of his party, Nationalist Congress Party (NCP) chief and veteran politician Sharad Pawar has decided to reach out to every part of the state. Beginning June 11, Mr Pawar will kick-off his state-wide tour from Vidarbha by meeting a cross-section of society to raise issues. Not just Mr Pawar but the entire party is planning to cause a stir in the state with its second-rank leadership criss-crossing all five regions of Maharashtra.

Mr Pawar on Thursday directed all his party colleagues to prepare the party for the elections. “Come out of the mentality of rulers. You were ruling the state for 15 years. But now, until you don’t hit the road and establish last-mile communication with voters, it will not be possible for you to come to power again,” he said. In a sense, the veteran leader made it plain that the days of hard work had started and his colleagues needed to come out of their comfort zone.

With NCP facing an image crisis with many of its second-rung leaders under the scanner for several issues, and Mr Pawar’s bonhomie with Prime Minister Narendra Modi serving to further confuse the party rank and file, Mr Pawar has decided to go all out to strengthen the image of his party.

Day-to-day details of Mr Pawar’s itinerary are yet to be ironed out but it is likely that the NCP chief will address corner meetings of farmers in nearly every third taluka of the state, said sources. He is also scheduled to meet the elite of every locality such as doctors, lawyers, professors and people from the literary world. Sources said Mr Pawar would bring local leaders of like-minded parties together informally to help the anti-BJP campaign gain momentum.