Deputy executive health officer Dr Daksha Shah, however, clarified that they have started the recruitment procedure. 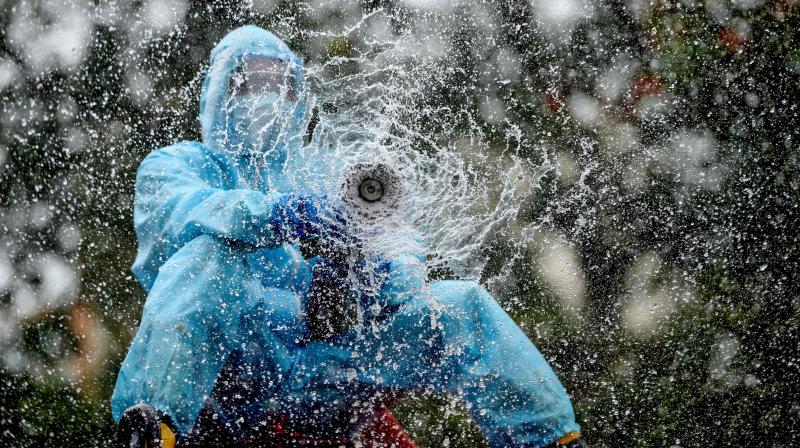 Mumbai: The financial capital of the country, is facing a whopping 30 per cent staff crunch of ward boys and nurses in civic-run hospitals, stated health experts.

As the city grapples with the coronavirus pandemic, ground-level officers to medicos from the health department of Brihanmumbai Municipal Corporation (BMC) are struggling to keep up the pace with the mounting positive cases.

As per the experts, more than 50 per cent vacancies have reportedly not been filled even two months after the virus outbreak, adding the burden on existing staff members. A medico working with the civic-run KEM hospital said, “We are working under tremendous pressure with staff crunch. Despite many requests being made, the authorities are not paying heed to our genuine problems.”

He also said that this is proving to be a cause of concern in some places, since the doctors in charge of flu patients are also made to cater to patients with other conditions, including expecting mothers getting admitted for deliveries in hospitals that were originally maternity homes.

While authorities have started the recruitment process, the positions are filled up only temporarily as permanent appointments would require the approval of the civic body. As a result, the small-tenure openings have attracted very few doctors to apply for the positions. At least  500-600 patients walk in daily in the outpatient department (OPD) of civic hospitals in town.

As most hospitals fall in the red zone, some patients have also turned out to be suspects, who are being sent for further testing.

“We are facing a staff crunch for the past six months. A few doctors who did get posted here were shifted to other clinics within days. Since the virus outbreak, I am the only doctor allotted for all the check-ups. We don’t have pharmacists either and the nurses have been sent for contact tracing and other duties. I am on duty almost 24/7,” said Dr Kiran from civic-run Sion Hospital.

Deputy executive health officer Dr Daksha Shah clarified that they have started the recruitment procedure. “We have asked the private practitioners to barge in and assist us for the time being till the vacancies are filled up.”