The court has said that the decision to close down AC buses was taken after considering that they were a major loss-making service. 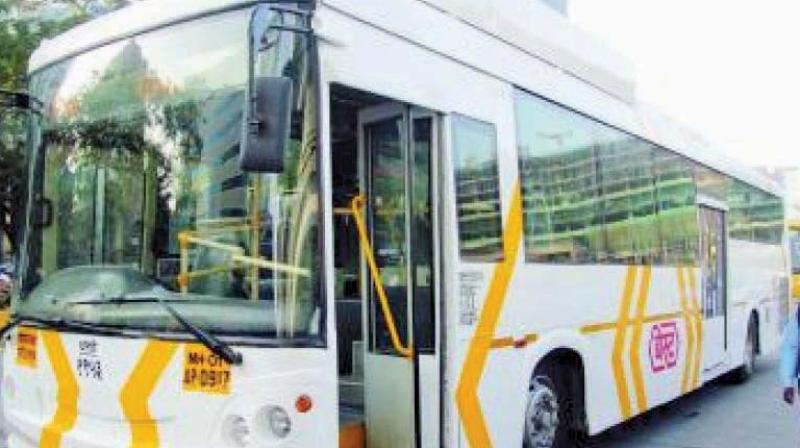 BEST was not getting any financial aid from BMC.

Mumbai: The Brihanmumbai Electricity Supply and Transport (BEST) has informed the court through an affidavit that petitioners do not have a fundamental right to AC buses in Mumbai. The court has said that the decision to close down AC buses was taken after considering that they were a major loss-making service. BEST in its affidavit stated that it was not permanently discontinuing the AC bus operation in Mumbai and that it intended to restart the same, for which, other options were being examined to reduce operating costs and further expand the area of operation into residential and commercial parts of the city.

A division bench of chief justice Manjula Chellur and justice N. M. Jamdar was hearing the petition filed by B.B. Shetty, a city-based chartered accountant, stating that though the BEST administration had taken the decision because of the huge losses it incurred, it was the constitutional duty of BMC to run BEST buses in the city. The petition stated that though there were local trains, most senior citizens, women and students travelled by AC buses.

On Friday, Chandra-shekhar Rane, deputy chief manager (traffic planning and control) filed an affidavit and said that the petitioner was not entitled to seek relief under article 19(1) (c) of the constitution of India.Rane said that there were 63 non-AC buses on six routes plying between Oshiwara and Mumbai city. He said a total of 128 buses was plying between Thane and Mumbai city, doing a total 653 trips per day. He also said that BEST was not getting any financial aid from BMC unlike Navi Mumbai and Thane corporations that were giving financial aid to their bus services. Rane said BEST was paying salaries to its 42,000 employees and that the administration was taking all possible measures to improve the undertaking’s financial condition.