It’s a sombre Bakri Id for locals of Kesarbai bldg 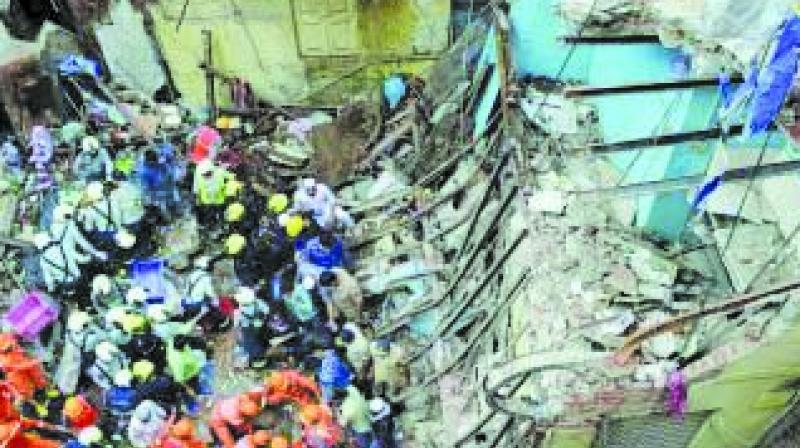 Mumbai: While Muslims across the city celebrated Bakri Id Monday, it was a sad day for residents of the ill-fated Kesarbai building which collapsed July 16, claiming 13 lives. A month later, the occupants of the ill-fated building are still struggling to come to terms with their losses. The ground-plus-four structure housed more than ten families and four shops.

Mohammed Anees Idrisi, a resident who lost two of his nephews in the mishap, said, “The incident has devastated us and we are observing a sombre Id as we lost our near and dear ones.”

Another resident, Halima Idrisi (28), miraculously survived despite being trapped under the debris. She was rescued in the morning, holding on to her sons Arbaz (7) and Shehzad (8), both of whom succumbed to their injuries while still under the rubble. Halima is still recuperating at the state-run J.J. hospital. Anees Idrisi, who is her brother-in-law, said, “The government had promised us rehabilitation or some room in the same vicinity. But nothing of that sort has been given to us. We are staying in a rented house.”

Asked about Id celebrations, Anees said, “What Id, we are in condolence mode as we lost two offspring. How can we celebrate Id without our kids and our house?”

Another resident of the building, Naved Salmani (35), lost his one-and-a-half-year-old son Ibrahim and his wife Sana Salmani (25). Two of his relatives — Zuber Mansur Salmani (20) and Muzamil Mansoor Salmani (15) — had come to visit them on June 16 and both of them died in the collapse.