The Congress leader demanded that the government revoke the move immediately as it would have an adverse effect on relief work. 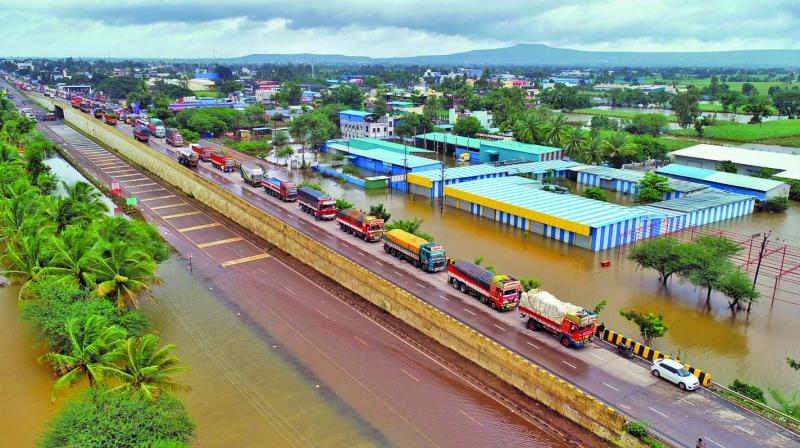 Mumbai: The Nationalist Congress Party (NCP) and Congress Party on Monday slammed the Devendra Fadnavis-led state government for imposing Section 144 of the Code of Criminal Procedure (CrPC), which empowers an executive magistrate to prohibit an assembly of more than four persons in an area, in flood-hit Kolhapur.

“The BJP is worried that the people will express outrage against the government and a prohibitory order was, therefore, issued to hide its failure  to handle the situation,” he said.

The Congress leader demanded that the government revoke the move immediately as it would have an adverse effect on relief work.

NCP leader Jayant Patil said also attributed the imposition of Section 144 to the government’s “fear of its failure” while his party colleague Nawab Malik asked if it was “General Dyer’s government”.

According to government officials, district authorities have started carrying out relief work in the region as floodwaters were receding. However, Section 144 has been imposed to prevent confusion during relief work, they said.

They also cited potential law and order issues should any untoward incident occur during Bakri Id and Dahi Handi, as well as Independence Day events.