The officials said that the main focus will be on avoiding overcrowding at any one spot and keeping the crowd moving. 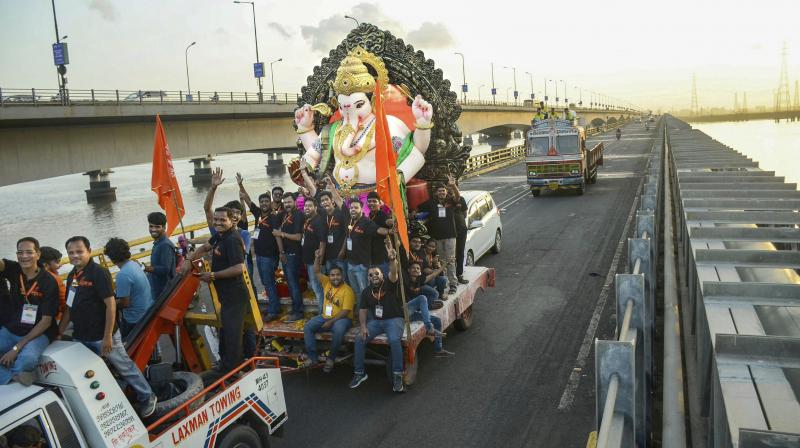 The traffic police is also erecting watchtowers at strategic places for monitoring and regulating traffic flow during Ganesh processions and immersion. Arrangements have been made for barricading on important roads to segregate the procession crowd and the returning crowd for safety purposes. The officials said that the main focus will be on avoiding overcrowding at any one spot and keeping the crowd moving.

“The police and BMC will deploy high-capacity cranes at strategic locations to handle contingencies in the event of vehicle breakdown. First-aid centres have also been set up for medical assistance,” said Veeresh Prabhu, additional commissioner of police (traffic). Approximately 3,161 traffic police personnel and 1,570 wardens are being deployed for traffic management of the event.

The traffic police will be assisted by non-profit organisations and volunteers from civil defence, RSP, water safety patrol, NSS, scouts and guides.

In view of the festival, certain traffic restrictions have been imposed in the city on September 14, 17, 19 and 23 from 12 am to 6 am the next day. As part of the exercise, vehicular traffic will be shut on 53 roads, while 56 other roads will have one-way traffic. Goods vehicles will be banned on 18 roads and there will be parking restrictions at 99 places in the city. Apart from these traffic regulations on the days of Ganesh immersion, separate traffic regulations and diversions have been issued to avoid traffic congestion and inconvenience to commuters near Lalbaugcha Raja. These arrangements have been made for the safety and convenience of the general public, the police said.