The committee said they came to know that Gowani and the restaurant owners knowingly allowed illegal additions to the structure. 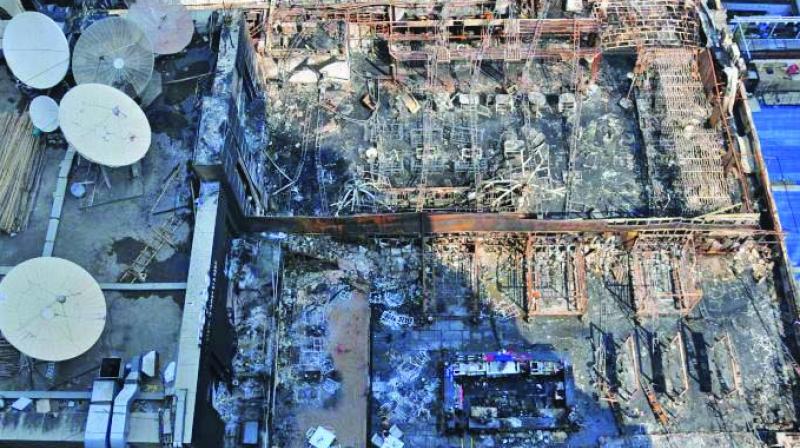 Gowani holds 95% of the share capital of the mill property permitted to the restaurant owners.

Mumbai: The judicial committee inquiring into the fire at the Kamala Mills compound has stated in its probe report that the co-owner of the compound, Ramesh Gowani, and six co-owners of the two restaurants that caught fire were primarily responsible for the incident. The committee has recommended that appropriate punitive action should be initiated against Gowani, and the owners of Mojo Bistro and 1Above. The three-member committee submitted its probe report before the HC on Monday.

The three-member committee headed by Justice (retired) A.V. Savant and comprising architect Vasant Thakur, and former municipal commissioner K. Nalinakshan was set up by the HC in April 2018 to inquire .

The report stated that Gowani holds 95 per cent of the share capital of the mill property permitted to the restaurant owners concerned to misuse FSI norms and make unauthorised additions to the structures in return for monthly licence fees that ran upwards of Rs 38 lakh for each of the two restaurants.

The committee said they came to know that Gowani and the restaurant owners knowingly allowed illegal additions to the structure.