Metros   Mumbai  13 Nov 2018  Incidents of fire due to crackers go up this year
Metros, Mumbai

Incidents of fire due to crackers go up this year

There were 50 fire calls compared to 39 last Diwali. 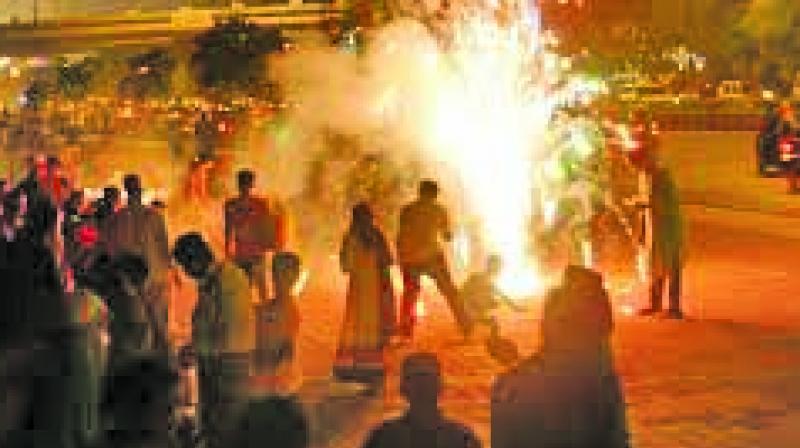 According to chief fire officer, most of the fires were due to flying crackers.

Chief Fire Officer P. S. Rahangdale said, “While there is a rise in fire calls, there was no major fire. Flying crackers caused a majority of these fires, as they entered into people’s houses leading to blazes. Hence, we appeal to people not to burst flying crackers,” he said.

In 2016, a misfired firecracker had caused a massive blaze in a 10-storey commercial complex at Lower Parel. The blaze was confined to service ducts of the glass facade building.

Meanwhile, following a dip in the number of firecrackers burst in the city this Diwali, noise activists stated that despite several places in the city flouting the Supreme Court order of the 2-hour time period for bursting firecrackers this year, police action helped in curbing down on the bursting of noisy crackers beyond 10 pm at many places. This reflected in the city’s air quality, which was better than the last two years.