He has brought four different cars for his robbery business, and used to change the colour and number plates every time.” 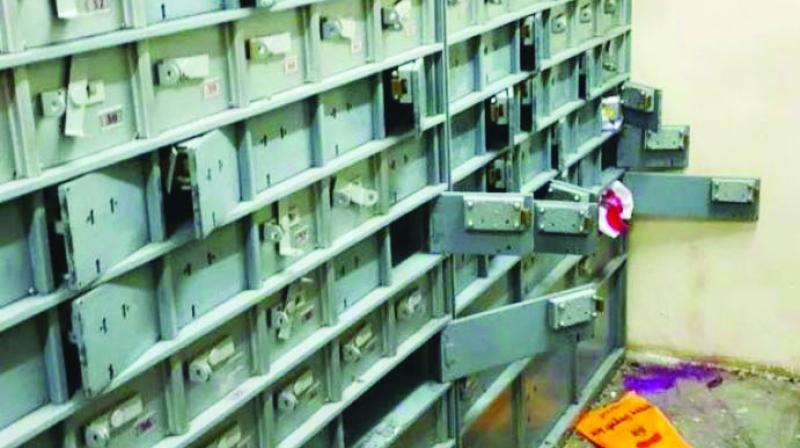 The accused decamped with valuables worth `3.43 crore from Bank of Baroda’s Juinagar branch.

Mumbai: The police has found that Hajid Baig, who allegedly masterminded the Rs 3 crore heist at Bank of Baroda’s Juinagar branch last month and is curently in police custody since his arrest, has more than 50 robbery and house-breaking cases registered against him in the states of  Maharashtra, Gujarat and Madhya Pradesh. He was acquitted in 19 cases while the other cases are being probed by the police. According to sources, Baig, who never uses mobile phones while planning a robbery so as to evade any interception by the cops, was acquitted as he never left any evidence behind.

The police have begun the procedure of slapping MCOCA against all the main accused. According to Navi Mumbai police officials, Baig who is the mastermind of the Juinagar Bank of Baroda robbery case, was acquitted in five robbery cases in Pune Deccan, six in Swargate (Pune) and four each in Chembur and Silvasa area. There are cases registered against him in Pune, Chembur, Silvasa, Versova, Kurar, MHB police station, Virar, Ghatkopar, Vanrai, Pant Nagar, in Thane city and Rural area, Dhule, Nagpur, Amravati, Silvassa, Ahmedabad, Surat, Rajkot, and Vadodara.

According to a police officer, “Baig handles his team and chooses people for the robberies according to his wish. He never uses a mobile phone and always contacts his subordinates from the landline. During the execution of any plan, he uses walky-talky. He has brought four different cars for his robbery business, and used to change the colour and number plates every time.” All the accused had plans to flee to Goa after finishing the bank robbery plan.

The Navi Mumbai police has arrested 11 persons, including a woman, in connection with the alleged robbery at Juinagar branch of Bank of Baroda, in which the accused had allegedly entered by digging a tunnel and decamped with valuables worth Rs 3.43 crore by breaking open 30 lockers. While eight of the accused were arrested from Mumbai, two others were held from Panchla in West Bengal and Allahabad. A jeweller, whom the accused sold the stolen valuables to, was arrested from Malegaon in Nashik.