The police detained the boyfriend and the other friend on the grounds of discrepancies in their initial statements. 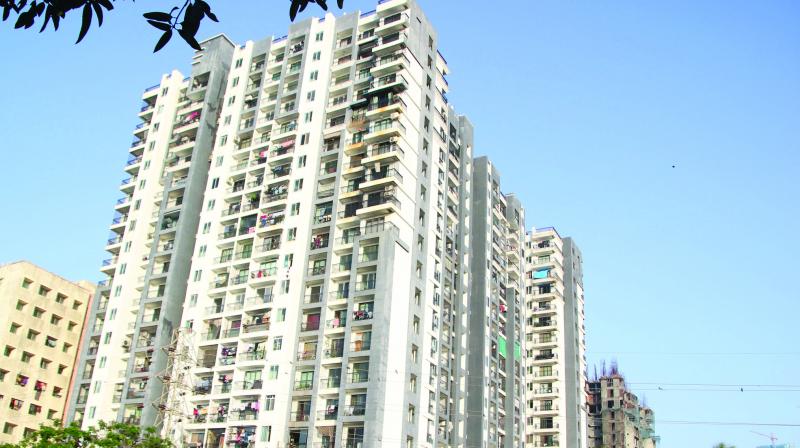 Arpita Tiwari was found lying in a pool of blood on Monday morning on the second floor a highrise building in Malvani. (Photo :Mrugesh Bandiwadekar)

Mumbai: The Malvani police has detained the boyfriend and his male friend of anchor Arpita Tiwari, who allegedly committed suicide on Monday to examine if there is any foul play in the case. The boyfriend, Pankaj Jadhav and his friend are being questioned to find out if there was any problem between the couple.

The duo has also been asked to narrate the sequence of events since Sunday night since the deceased was found lying in a pool of blood in the early hours of Monday morning on the second floor duct of a highrise building in Malvani. Sources said that the police is trying to reconstruct the incident to ascertain whether she jumped from the window of the 15th floor flat or was pushed to her death. The call data records of Tiwari and Jadhav will also be checked. The police detained the boyfriend and the other friend on the grounds of discrepancies in their initial statements.

Police officials have said that Arpita was at a friend’s flat in Malvani’s Manavsthal building late on Sunday night. In the party, an alleged argument had ensued between the couple, following which at first they stopped talking and then reconciled.

The watchman of Manavsthal building told The Asian Age, “Tiwari has visited the building two or three times earlier also. When she arrived with Jadhav on Sunday, she looked happy.”

“We did not hear any thud noise that night and so were shocked to see her body on the second floor duct of the building,” he added. An officer investigating this case said, “ The police is checking the background of the two men who have been detained. The case is being probed from all angles. No suicide note was recovered from the spot. We have sent Tiwari’s phone to the Forensic Science Laboratories (FSL) as a part of further investigation.”

Tiwari’s acquaintance and co-host Amarpreet Singh told The Asian Age, “I am in deep shock. We hosted a show in Kohlapur together and she was such a happy soul. I can’t believe that she can commit suicide.”