Enrolments down due to poor quality education: Praja Foundation. 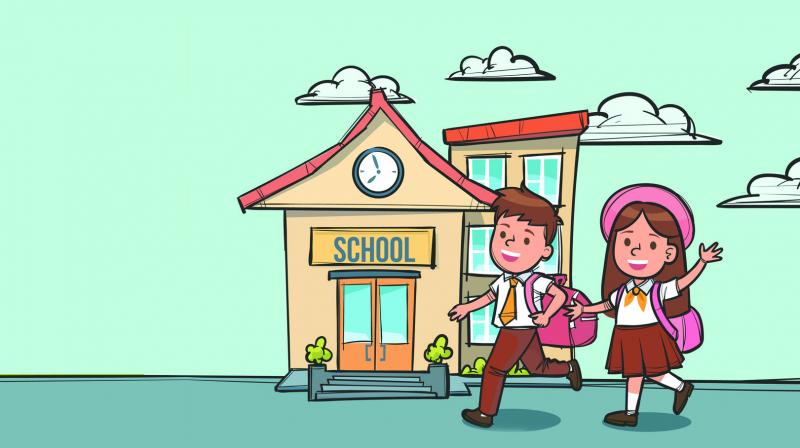 Mumbai: Fewer students dropped out from Mumbai’s civic schools during the 2016-17 academic year as compared to the year before. It seems that Brihanmum-bai Municipal Corpora-tion’s (BMC) attempts to increase enrollment and bring down dropout rates by introducing a slew of measures to attract students to their classrooms seems to have partly paid off, according to the annual report published by the Praja Foundation on the ‘state of municipal education’ on Tuesday. The overall dropout rate in the year 2016-17 came down to 8 per cent from last year’s figure of 15 per cent, but the enrolment in class 1 has gone down by 49 per cent in the last decade.

Talking about the enrolment rate, the BMC have introduced facilities like tabs, virtual classrooms, internet access in order to attract parents and their tots. However, despite the measures,  the survey says that the enrolment in class 1 has gone down by 49 per cent, which means from 63,392 students in 2008-09, it has now reached 32,218.  When a senior civic education department official was contacted for his comments on the NGO’s report, he declined to respond, saying “I have not seen the report.”

Praja claims that along with drop in the enrolment rate i.e., 10 per cent as compared to the previous years, the quality of education too have been dropped. “Enrolment rates have fallen in every medium, except English, which has seen a marginal rise. Among the major regional language schools, fall in enrolments is the most in Hindi medium, followed by Marathi and Urdu,” said the report.

Talking about the fall in the quality of education, Nitai Mehta, founder and managing trustee, Praja Foundation said, “We appreciate the measures the corporation has introduced for the students but what we are missing out is the quality of education, that is declining. The aim of sending a child to school is to educate them and so education should be a priority, which doesn’t seem to be the case.”