Mr Fadnavis also said that a proposal is being prepared to remove illegal shops outside stations to lessen crowds and prevent such catastrophes. 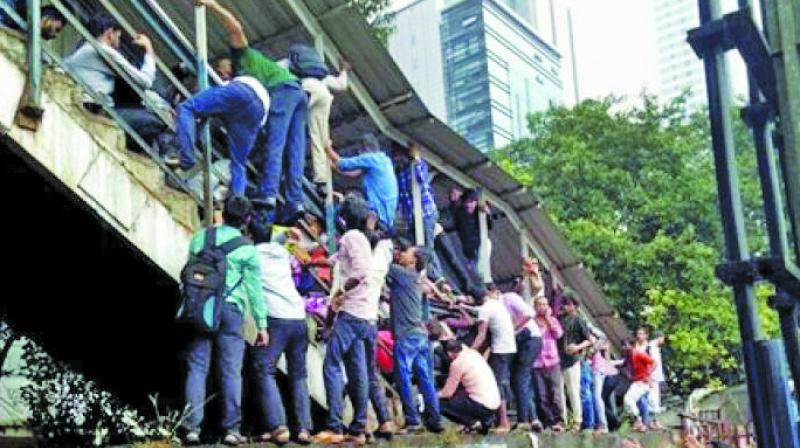 Twenty-three commuters died in the stampede, shocking the entire nation.

Nagpur: Chief minister Devendra Fadnavis has stated that a high-level inquiry into the September 29 stampede on the Parel-Elphinstone Road station foot overbridge (FOB), which took 23 lives, by the Western Railway (WR) found that no railway officer was guilty. Mr Fadnavis mentioned this in written reply in the Assembly on Tuesday. Twenty-three commuters died in the stampede, shocking the entire nation. Mr Fadnavis also said that a proposal is being prepared to remove illegal shops outside stations to lessen crowds and prevent such catastrophes.

Thirty-nine MLAs have raised question of railway security and related issues. Mr Fadnavis’ reply was to all of them. While answering, Mr Fadnavis also said that the Brihanmumbai Municipal Corporation (BMC) is inquiring into the incident of doctors writing numbers on death bodies at KEM Hospital. The photos of dead bodies, with numbers written on their forehead, had created anger among the people, who accused the doctors of insensitivity.

“As per the report received by Western Railway (WR), it conducted a high-level inquiry of the incident. None of the officials were found guilty in their report,” said Mr Fadnavis in his reply.

About the measures taken by CR and WR Mr Fadnavis said, “New FOBs have been built on Bandra, Borivali and Virar stations. Work will begin for building a new skywalk, 10 new FOBs on W and 21 new bridges will replace old ones. Additional security forces have been deployed to control commuters at 52 stations on the CR,” he said.

Taking note of illegal hawkers in and around railway stations and FOBs, Mr Fadnavis said measures have been taken to evict them.