Sanjay Pandey to get promoted as DG?

In April 2000, Mr Pandey had resigned but the government did not accept his resignation till June 2002 during which period, he was shown “on leave”. 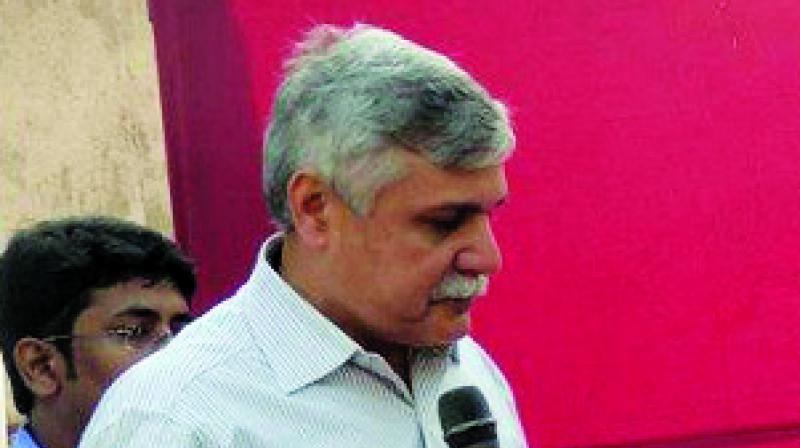 MUMBAI: The home department’s promotion committee has decided to give senior IPS officer Sanjay Pandey one of the three posts i.e. DG - prisons, anti-corruption bureau (ACB) or home guards. The decision comes after the Bombay high court asked the Maharashtra government to constitute a departmental promotional committee to consider promotion of Mr Pandey.

In November 2016, ADGP, state home guards, Mr Pandey, had moved the Bombay high court against a Government Resolution (GR) issued by the home department that delayed his promotion. The GR said that the officer had quit the services and joined a private firm and the period of three years could not be treated as “on duty”. The break in service could not qualify for benefits.

The GR allegedly came after home guards director-general, Rakesh Maria, retired from service on January 31, 2017 and Mr Pandey was supposed to get the post as the senior-most official.

In April 2000, Mr Pandey had resigned but the government did not accept his resignation till June 2002 during which period, he was shown “on leave”. However,

Mr Pandey joined the services again in 2011. He would have got promotion along with all other officers of his batch but he was denied the same. An official from the home department who did not wish to be named said that the home department’s promotion
committee discussed the matter and finalised his promotion.

“There are three DG posts vacant in home guards, ACB and prisons. The final decision is awaited, as to where he will be exactly posted,” the official said.

Mr Pandey is a 1986 batch officer known for his clean image. However, after re-joining the services, he was given side-postings. After the GR was issued, he moved the high court.