Animal welfare officers too said that such techniques should be used before declaring the trapped reveal leopards as “man-eaters”. 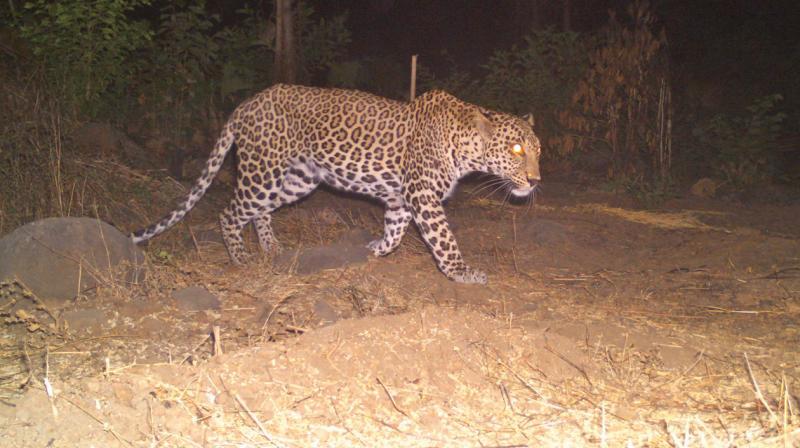 Government documents reveal that from 2012 till date, there have been 16 leopard attacks and 13 cases of trapping of leopards by the forest department.

Mumbai: In light of recent leopard sightings in the suburbs, animal welfare officers have pointed out that there is a need to conduct DNA tests to identify leopards rather than relying on camera images to create a database on them. The leopard’s saliva either from the trapped animal or its victim’s body can be used to conduct DNA tests, the officers said.

Government documents reveal that from 2012 till date, there have been 16 leopard attacks and 13 cases of trapping of leopards by the forest department.

However, no records of trapped leopards have been maintained and identity of leopards is determined solely on the basis of camera images which can be faulty, said Sunish Subramanian, wildlife warden, Mum-bai. “For all reported leopard attacks, the forest department should collect evidence including saliva from the bitten area on the victim’s body or from the trapped leopard and send it to a forensic laboratory for DNA testing. In cases where the same leopard is being sighted, we can track it after releasing it back into the national park. Camera images cannot give 100 per cent surety in identifying leopards,” said Mr Subramanian.

Animal welfare officers too said that such techniques should be used before declaring the trapped reveal leopards as “man-eaters”. A leopard was sighted near Sher-e- Punjab Colony in Andheri on December 10. Wildlife enthusiasts have suggested that ample buffer zones be earmarked around forest areas to prevent construction or unsupervised tourist movement around these areas. Mr Subramanian said, “Leopard sightings that they are being pushed towards the city due to human intervention. Steps need to be taken to shift or demolish such legal or illegal human habitation.”