Says deportation order is proof he had no intention of returning to India. 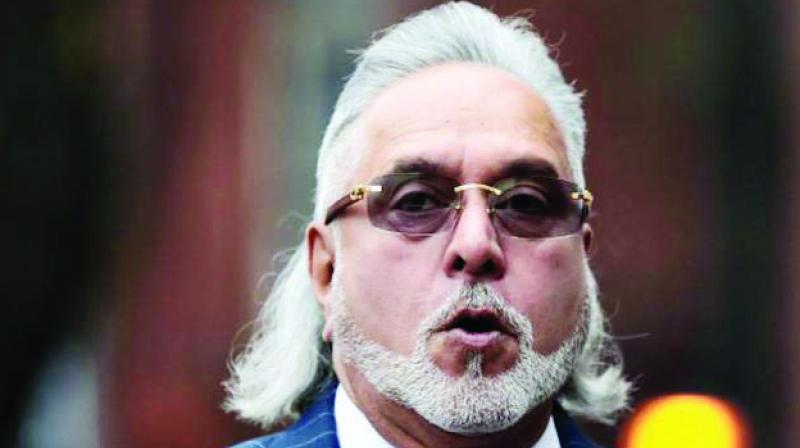 Mumbai: The Enforcement Directorate (ED) on Wednesday countered the claim of beleaguered businessman Vijay Mallya that he had gone to Geneva for a meeting, saying, “Who goes for a meeting with 300 bags?”

The Enforcement Directorate counsel also contended that Mallya’s deportation order is proof that he had no intention of coming back to India.

Mallya’s lawyer Amit Desai on Tuesday completed his arguments and the ED’s counsel D.N. Singh filed a rejoinder to them.

On Wednesday, Mr Singh contended before the special Prevention of Money Laundering Act (PMLA) court judge M.S. Azmi that Mallya does not have anything to show that he had left India to attend a meeting. Mallya’s lawyer has claimed that he left the country in the normal course and not under any suspicious condition to attend the ‘World Motor Sport’ meeting in Geneva. On March 2, 2016, Mallya left the country for London via Germany, where he attended a conference of Worldsports, as a director.

Mr Desai, on behalf of Mallya, had termed the Fugitive Economic Offenders Act (FEOA) a draconian law, but the ED’s lawyer argued that this Act is how it is explained in the law and it cannot be interpreted in any other way.

Mallya’s lawyer had contended that the prime reason behind declaring the businessman a fugitive economic offender is to confiscate his properties and deprive him of his rights granted in the Constitution. Mr Singh, however, said that the application under Fugitive Economic Offenders Act was filed before the court after all means to bring him back failed. He told the court that several summonses and three non-bailable warrants (NBW) were issued against Mallya, but he still refused to come back and join the investigation.

Insisting on allowing the application for declaring Mallya an economic fugitive offender, Mr Singh contended that during a lengthy argument his lawyer had never said anything about his return, and argued that Mallya has no intention of returning to India.

Mallya is wanted in a case of alleged money laundering and fraud amounting to around Rs 9,000 crore.