According to the previous government, the hyperloop project will run from Bandra-Kurla Complex (BKC) in Mumbai to Wakad in Pune. 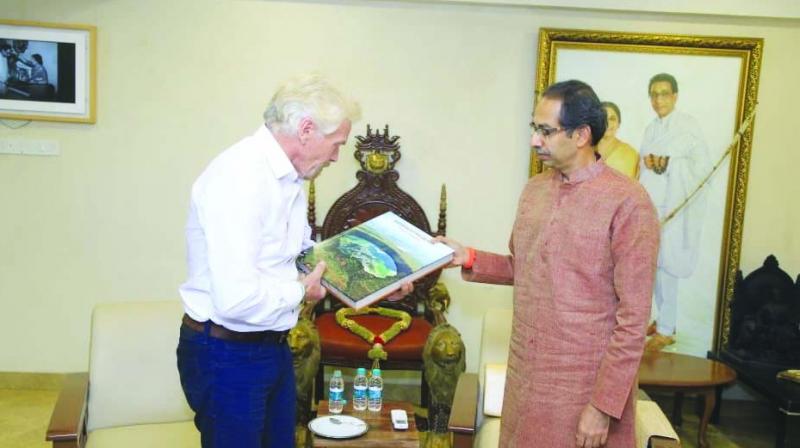 Mumbai: Richard Branson on Thursday met chief minister Uddhav Thackeray at his residence Matoshree to clear “misunderstandings” and gauge the new administration’s interest in the USD 10 billion Mumbai-Pune Hyperloop project. In this meeting, the chief minister told Mr Branson that the state government would take decision about the project after the studying it.

Mr Branson is the founder of Virgin group, which will undertake the project in the state. According to an official, the Original Project Proponent (OPP) agreement of the project is ready.

In an event held on Wednesday in Mumbai, Mr Branson said that the entire cost of the project will be borne by the private sector and no funds will be taken from the state government. “We just need to see whether the new government is as keen as the old government (on the project),” Mr Branson had said.

The Mumbai-Pune Hyperloop project is expected to cut the travel time between two cities to just under 30 minutes. In July, the then state Cabinet, headed by Devendra Fadnavis, had approved the formation of a consortium of DP World FZE and Hyperloop Technologies as “proponents” of the project.

According to the previous government, the hyperloop project will run from Bandra-Kurla Complex (BKC) in Mumbai to Wakad in Pune. The distance between two cities from the respected places is 117.5 km. Hyperloop is the name given to a technology originally conceived by Tesla Inc boss Elon Musk, wherein vacuum is used to transport ‘pods’ carrying people.