‘Will fulfil promise to merge budgets’

Uddhav says issue can be resolved through discussions. 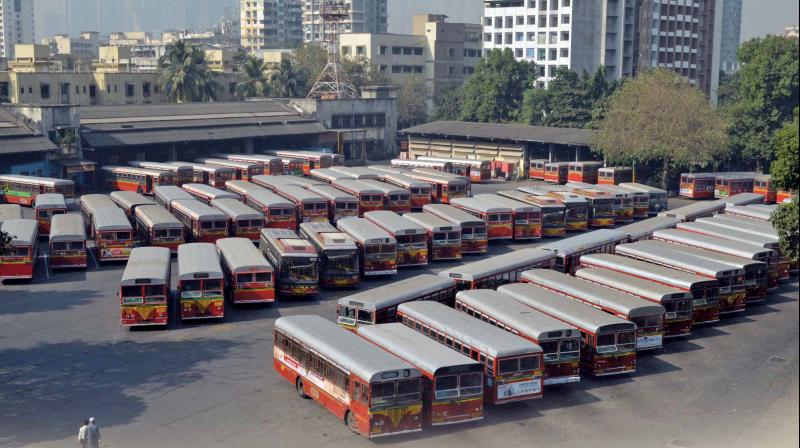 Mumbai: Six days into the Brihanmumbai Electric Supply and Transport (BEST) bus strike, Shiv Sena president Uddhav Thackeray on Sunday said that a solution couldn’t be reached by the parties involved exchanging allegations. As per the wage agreement between the recognised union and BEST administration, wages should be given, he said. “We have discussed this iss-ue. However, a solution did not emerge,” he said.

Mr Thackeray said that he had given an assurance that the BEST budget would be merged with the BMC budget. “I will certainly fulfil this promise,” the Sena chief said.

Meanwhile, Shashank Rao, general secretary of the BEST Workers’ Union, said that the str-ike would continue on Monday, as it has not re-ceived any response fro-m the state government.

Mr Thackeray said that the issue would be resolved through discussions. “The issue of the strike is now with the high court,” he said. He added that he is ready to participate if he is needed in the discussion.

The Sena chief also said that there are several measures that can be taken for the BEST to overcome its losses. He said, “I don’t want politics in the strike. The BEST’s treasury has now become empty. If unreasonable demands are made, more problems will be created. Privatisation is not the last option… we will not allow the ownership to be divested.

Mr Thackeray said, “We will not allow complete privatisation of the BEST. We will allow only a few buses to be privatised. However, the decision is pending.

The Sena chief said that the BEST employees, and those who are not associated with the matter should not interfere.