The move comes after a Thane traffic constable was suspended for slapping a biker in Ulhasnagar while towing the latter’s scooter. 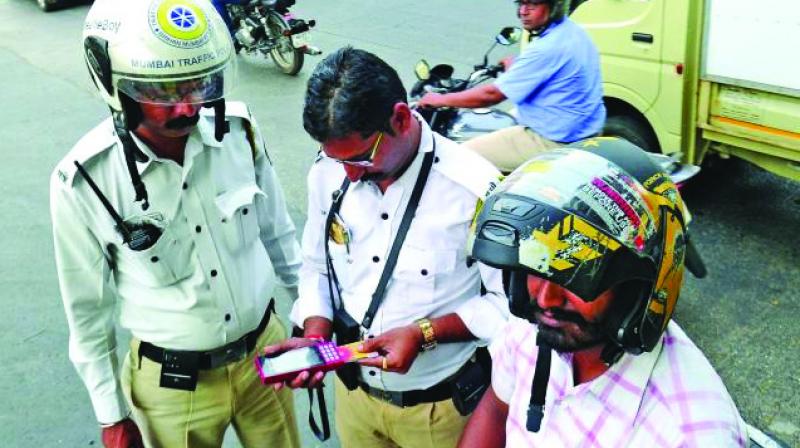 Eariler, the Mumbai traffic police had decided to impart yoga sessions to its personnel.

Mumbai: Taking lessons from the Mumbai police traffic department, the Thane traffic police is also likely to start giving yoga sessions to their constables to relieve them from daily stress. This move comes in the light of the recent suspension of a Thane traffic constable who had slapped a biker in Ulhasnagar while towing the latter’s scooter.

Thane traffic police are probing the matter, while steps will be taken to minimise unwarranted aggression in the cops, said sources. In November, a Mumbai traffic constable was suspended for towing a car while a woman and an infant occupied the back seat after which the police intensified its yoga classes.

Thane traffic police sources said that considering the recent events of constables losing their temper, they are likely to provide them with yoga and meditation sessions. This move is influenced from the Mumbai traffic police’s decision to impart yoga sessions.

Recently, a 50-year-old man allegedly slapped a traffic police constable after the latter slapped him while he was towing the man’s two-wheeler at Ulhasnagar on Sunday afternoon. Soon a video clipping that captured the incident went viral on social media, following which, the police constable Balram Patil was suspended with an impending departmental inquiry on him.

Following the incident where Mumbai traffic constable Shashank Rane was caught on camera towing a car on S. V. Road even after woman seated inside asks him to stop, the police came up with a circular stating that states that if a person is sitting inside a car parked in a Mumbai traffic constable, then the vehicle should not be towed.

According to the new directives, police personal should first use a megaphone to call and warn owners of vehicles parked in restricted areas and should tow vehicles only if no one responds.