City wilts under the sun 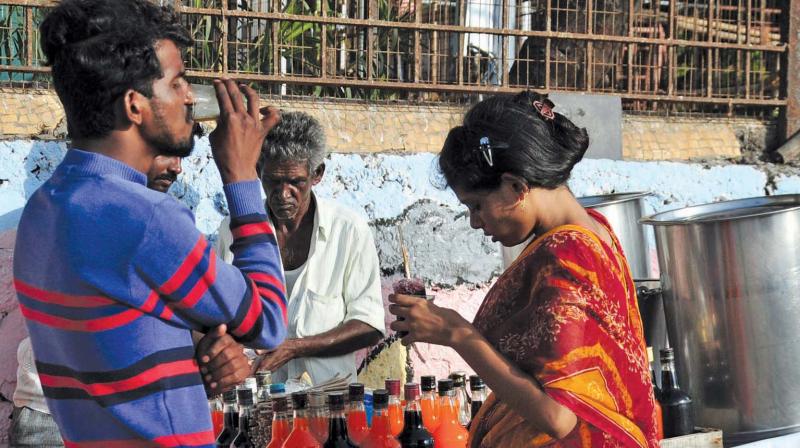 Public hospitals in the city alone have treated nearly 4,000 cases of fever and more than 6,000 case of skin ailments in the past few weeks according to the health department.

Mumbai: As temperatures in the city soar, Mumbaikars are grappling with various heat-related ailments, especially skin ailments and viral infections. Hundreds of people are queuing up at public hospitals with complains of skin rashes and fungal infections, say skin experts from the state-run hospitals. According to doctors, there is also a spike in viral infections. The most common ailments are colds, coughs and viral fever, with the possibility of a rise in respiratory diseases due to the weather, said Dr Avinash Supe, director of the major BMC-run hospitals.

Public hospitals in the city alone have treated nearly 4,000 cases of fever and more than 6,000 case of skin ailments in the past few weeks according to the health department. Physicians in the city are treating patients for viral fever and the out patient departments (OPD) of hospitals and clinics are teeming with cases of cold, cough and skin ailments. According to civic reports, municipal hospitals are still witnessing an average of 150-200 patients every day.

Talking to The Asian Age, Dr Supe said, “The unbearable heat and humidity has affected the health of people. We are seeing a rise in cases of dehydration, cold, cough and fever. People must be careful while stepping outside of the house. Hundreds of people are visiting hospitals for skin-related ailments also.”

While speaking on skin ailments, the head of the department, Dr Ratnakar Kamat from J. J. hospital said, “We are getting patients complaining of skin problems such as prickly heat, acne and allergic rashes.” He added, “Every day, we get an average of more than 15 patients complaining of allergic skin rashes caused by the heat. Rashes and acne develop due to inadequate sun protection.” According to him, dry skin, skin rashes, red patches on the skin, itching, fungal infection are the common ailments. As the humidity increases, people tend to sweat more. The sweat remains on the skin, thus causing fungal infection.