A Mumbai-based developer has alleged that he received a threat call from fugitive gangster Ravi Pujari who demanded Rs 12 crore. 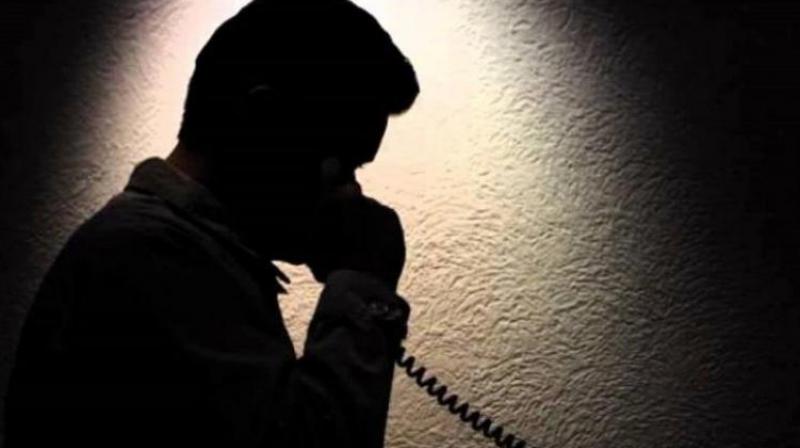 Vakola police registered an FIR under section 383 of the Indian Penal Code that pertains to extortion. (Representational image)

Mumbai: A Mumbai-based developer has alleged that he received a threat call from fugitive gangster Ravi Pujari who demanded Rs 12 crore. According to the police sources, the complainant, a developer based in Santacruz, who has an upcoming promising project in Vakola, had received a threat call from a person claiming to be Ravi Pujari on April 6. Since the complainant was aware about such hoax extortion calls made in the construction industry, he chose to ignore it. However when the extortion calls became frequent, threatening him and his family members’ life, the developer approached the Vakola police to register a complaint. In his complaint, the developer said that the accused had demanded an extortion of Rs 12 crore, failing which he threatened to kill him if he did not settle a property dispute with another businessman.

Vakola police registered an FIR under section 383 of the Indian Penal Code that pertains to extortion. Preliminary investigation into the case revealed that the call was made from a VOIP (Voice Over Internet Protocol), via a bouncing IP address. The case was transferred to crime branch later.

Kailashchandra Awhad, senior police inspector of Vakola police station confirmed the development and said, “We had received a complaint, but since the extortion made was too huge, the case was transferred to the Crime Branch.”

An officer from the Crime Branch Unit 8 said on the condition of anonymity, “The complainant has given a statement, and we are looking into the matter. We have a list of names with whom the complainant had disputes, be it financial or property-related. The investigation is underway.”