Maha had issued 3 tenders for appointment of flyer. 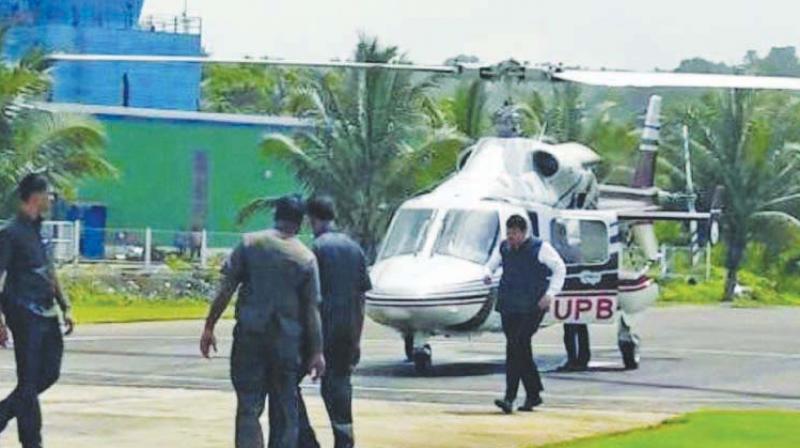 Maharashtra government has finally got a pilot and co-pilot for Citation Excel.

Mumbai: The Maharashtra government has finally got a pilot and co-pilot for Citation Excel, an aeroplane that is the only functioning aircraft from its fleet of two planes and two helicopters. Interestingly, despite the government issuing three tenders for the appointment of pilots, no Indian pilot accepted the job on account of the pay package. After increasing the wages, an English pilot agreed to fly the aircraft. The government is paying the pilot and co-pilot a yearly package of around Rs 30 lakh.

After chief minister Devendra Fadnavis’ helicopter crash in Latur in June 2017, licences of pilot captain Sanjay Karve and co-pilot Mohit Sharma were suspended until an inquiry was completed. Later that year, their suspension was revoked.

Meanwhile, the state wanted a pilot and a co-pilot to fly the Citation Excel. “The government issued tenders thrice but did not get any response. Indian pilots were unhappy with the pay package. After increasing it, a European pilot came forward,” said an official from the Directorate of Maharashtra Civil Aviation.

The duo joined the government to fly the aircraft in November 2017. However, the pilot had to undergo certain tests and examinations of Directorate General of Civil Aviation (DGCA). “There are certain norms such as medical examination for obtaining an Indian licence to fly. Now, the two have got all clearances from the DGCA and have started to fly,” the official said.

Currently, the state government has a fleet consisting of two aircraft and two helicopters: a Beechcraft Super King Air 350, which is in working condition; a functional Sirkosky helicopter; a Citation Excel plane and a Dauphin helicopter, which is grounded. According to industry experts, the average maintenance cost of a helicopter that is grounded is Rs 3 crore per year.

The state government had decided to buy two new helicopters. One is for the use of the chief minister and the other for traveling to the naxal-infested Gadchiroli district. The Dauphin helicopter, which was supposed to be scrapped, has found no takers since September 2017. The state Cabinet had decided that the helicopter should be donated to an education institute like the IIT. But it refused the offer.