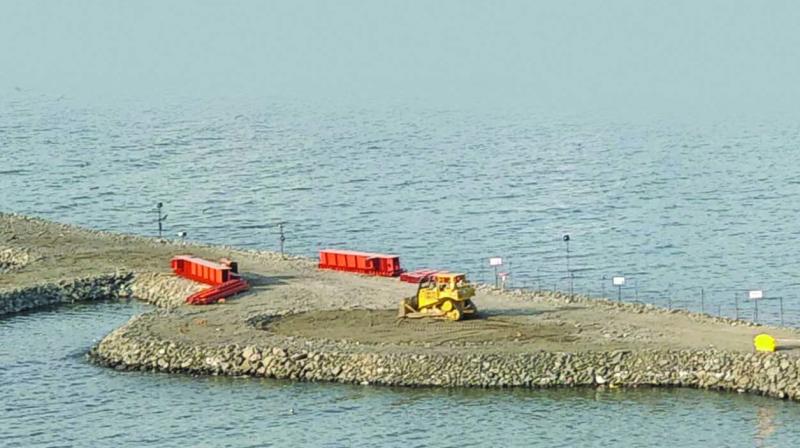 The south bombay residents have been clicking pictures and videos about the contractors still dumping debris.

Mumbai: The residents of South Mumbai are fumed over the Brihanmumbai Municipal Corporation (BMC) saying that despite the Bombay high court’s stay on the reclamation work for the Coastal Road project, the work is still being carried out. However, there is no clarity if the court has given an interim stay on the work.

The court order of April 11 while hearing three public interest litigations (PIL) mentions nothing, but has merely clubbed the PILs and stated date for the next hearing.

A senior BMC officer shared the court order with The Asian Age and said, “There is nothing more in written and only the PILs are clubbed. The remaining was only verbal discussion held in the court.” While, senior police inspector of Worli police station Sukhlal Varpe said, “Replying to the residents’ complaints about the contractors carrying out the work despite the court’s stay, we stated that there is no violation of the court order.”

The residents of Napean Sea road, Breach Candy, Worli and others have been visiting the Coastal Road sites and clicking pictures and videos of the contractors still dumping debris. “There were 12 dumpsters on Worli Seaface on Saturday early morning. We informed the police immediately, however, the police official said that they do not have any order,” said Prakash Chandrashekhar, Worli resident. Zia Sud, another resident said, “The BMC has being taking advantage that there was no written order. The court specifically ordered to stop the work, but it was said orally.”

While, advocate Gayatri Singh said, “As per the BMC, they are carrying out work in areas that are already dug up and reclaimed. But, they are reclaiming new areas and we will mention this in the petition on Monday.”

The city activists have been up in arms against the BMC that reclamation of 70 hectares of the sea for Coastal Road will disturb the ecological balance.