Mr Modi, at an election rally in Ahmednagar, said that the party’s name “Rashtravadi” was just an eyewash. 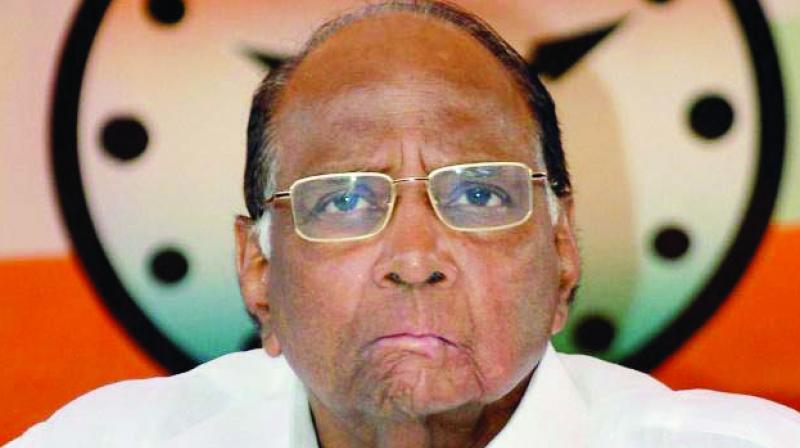 Mumbai: A day after Prime Minister Narendra Modi mocked the Nationalist Congress Party (NCP) over its name, the party hit back saying that he was afraid of its all-inclusive nationalism.

Mr Modi, at a rally in Ahmednagar, had said that the party’s name “Rashtravadi” was just an eyewash.

He also accused NCP chief Sharad Pawar of keeping mum on issues of national security despite quitting the Congress in the name of the country. “Your party's name is ‘Rashtravadi’ and still you see the country through a foreign lens,” the Prime Minister had said.

Countering the PM’s barbs, NCP spokesperson Nawab Malik said, “Yours is a cultural nationalism of (former RSS chiefs) Hedgewar, Golwalkar in which only people belonging to a specific class of society have a place.”  “Our nationalism propagates the ideals of (reformers) Chhatrapati Shahu, Mahatma Phule, (B.R.) Ambedkar, Mahatma Gandhi, Maulana Azad,” he said, claiming that the NCP's nationalism was all-inclusive.  “We believe in social equality. This nationalism has strengthened the people of India. We will defeat your nationalism with our ideals, and that is why you fear our nationalism," Malik added.  Mr Pawar also slammed the Prime Minister saying that he could not address a rally in the state without mentioning his name.

Addressing a rally at Tasgaon in support of Vishal Patil, contesting on a Swabhimani Shetkari Sanghatana ticket, Mr Pawar said, “Mr Modi cannot finish his rallies in Maharashtra without taking my name. He need not worry about our family and we are united in the fight against BJP. The one who is not able to take care of his own home cannot attack another’s home.”