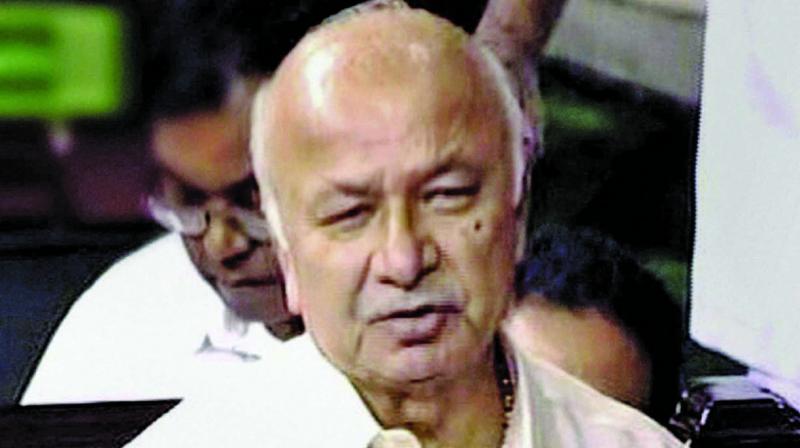 Mumbai: A meeting between Prakash Ambedkar and Sushilkumar Shinde, who are contesting the Lok Sabha (LS) election against each other in the Solapur constituency, has led to speculation about some sort of compromise formula being worked out between both the leaders.

However, both sides denied that there was any political discussion and said it was just a chance meeting in a hotel where the two leaders bumped into each other. Both rival leaders are contesting against each other.

The Asian Age tried to contact both leaders, but the efforts were futile.

After looking at Mr. Ambedkar, Mr Shinde warmly welcomed him and gave him best wishes. Mr Ambedkar reciprocated his wishes.

Since a photo of the meeting went viral on social media, both parties had to give a clarification as speculation was rife on social media platforms and in political circles that both leaders may be trying to patch up.

However, both leaders were just following general social protocol, according to sources.

Vijay More, vice-president of the VBA-AIMIM alliance, said that they were not political enemies, merely opponents, so what was wrong if they sat and enjoyed a cup of tea. It was our old Indian tradition and there was nothing more to the meeting. VBA-AIMIM’s political fight against Bharatiya Janata Party (BJP) is very serious.

The VBA-AIMIM also sent out official messages on social media saying that “the meeting between Mr Ambedkar and Mr Shinde was sudden and that Bhim Sainiks should not get the wrong ideas about it.”