VIPs, crowded places and emergency services were selected for being attacked. 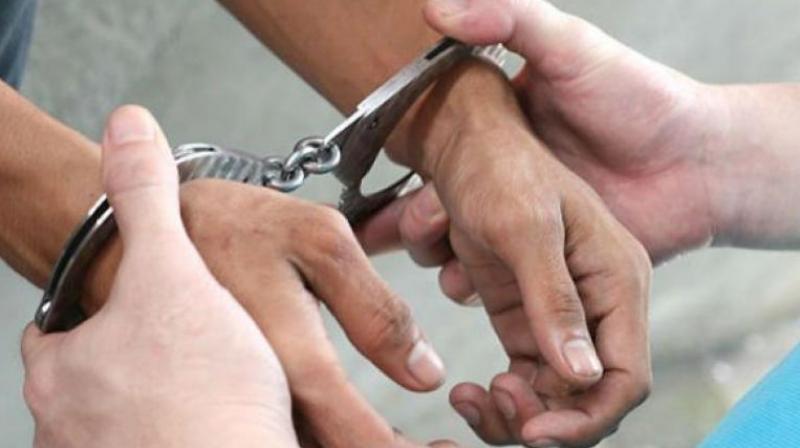 Officials are questioning Mirza to ascertain the places where he stayed and visited while in Mumbai and how did he came in contact with the wanted accused. (Representational image)

Mumbai: The Maharashtra Anti-Terrorism Squad (ATS) has arrested a 32-year-old terror suspect — who recently arrived in the city after allegedly receiving arms training in Pakistan — in a joint operation with the Kolkata police’s Special Task Force (STF).

ATS officials have claimed that the accused, Faisal Hasan Mirza, along with a few other wanted terrorists, had hatched a plan to carry out attacks on multiple targets across the country. The operation to nab one more terror suspect in the city is currently underway.

Counter-terror sources said that Mirza, an electrician by profession, was in touch with another terrorist who is wanted in a bomb blast case. Mirza — who is believed to be a close associate of another terror suspect, Amir Raza Khan — had allegedly summoned the nabbed suspect to Sharjah after which he travelled to Dubai then to Karachi. He visited terror-training camps under the patronage of Pakistani intelligence agency, the ISI, officials said.  A team of Juhu ATS and the Mumbai police arrested Mirza following credible information from the Kolkata STF.

“The accused stayed for few days in Sharjah and later underwent arms training in Pakistan. He has been trained in using arms, making bombs, carrying out fidayeen attacks, arson and using diversionary tactics,” said an ATS officer.

Officials are questioning Mirza to ascertain the places where he stayed and visited while in Mumbai and how did he came in contact with the wanted accused. There is also no clarity as to the identity of the person who funded his trip to Sharjah, Dubai and Pakistan.

“We will question him on the identities of those who met him and the ISI contact who allegedly shadowed him to the terror camps,” added an ATS source.

Mirza’s questioning has revealed that reconnaissance was carried out and  targets including VIPs, crowded places and emergency services were selected for being attacked. The accused was produced in a sessions court and he has been remanded in the ATS custody till May 21.