Considering that deceased was 23-years-old and had a permanent job the Tribunal directed the owner of vehicle to pay `30,49,434 to the family. 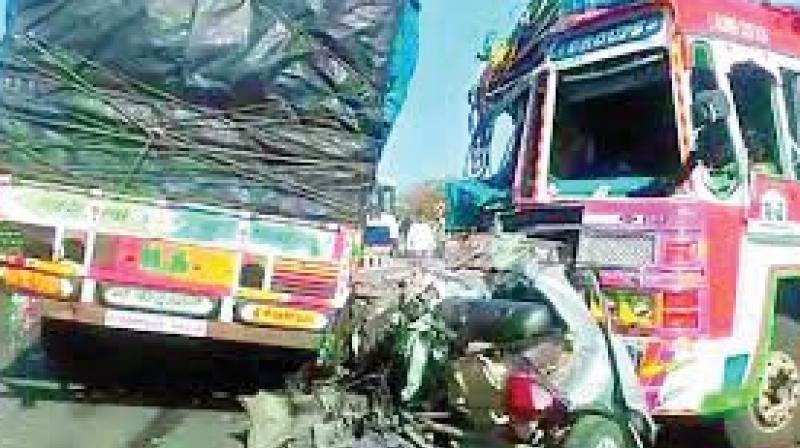 Mumbai: The Thane Motor Accident Claims Tribunal has directed the owner of a tempo to pay compensation worth over Rs 30 lakh to the family of a traffic constable, who died on the spot in an accident featuring the tempo in June 2015.

The policeman had caught the tempo, which was transporting huge amount of goods without proper papers, and had boarded the tempo to take it to the police station. Due to the tempo driver’s alleged negligence, however the tempo met with an accident resulting in the traffic constable’s death.

The applicant Hira Pawar, mother of the deceased constable, along with her two other sons, moved the MACT seeking compensation for her son’s death.

The Tribunal was informed that on June 14, 2015 Naresh Pawar (23) was on duty and had arrested the driver of a tempo for transporting goods without necessary documents. Since there was shortage of police van, Pawar was travelling in the tempo and due to rash and negligent driving of tempo driver the vehicle collided with one ST bus coming from the opposite side.

Though owner of vehicle Sanjeep Jadhav denied the allegations that driver of his tempo was driving negligently and claimed that the ST bus driver was responsible for the mishap.

MACT member K.D. Vadane however observed that spot panch nama showed that the tempo driver drove on the wrong side and after accident he fled away from the spot without securing any medical aid to injured who died. The driver also didn’t inform police about the accident and as per Apex Court ruling this act also amounts to negligence.

Considering that deceased was 23-years-old and had a permanent job the Tribunal directed the owner of vehicle to pay Rs 30,49,434 to the family.