The municipal commissioner said that at many a time there has been negligence in desilting work. 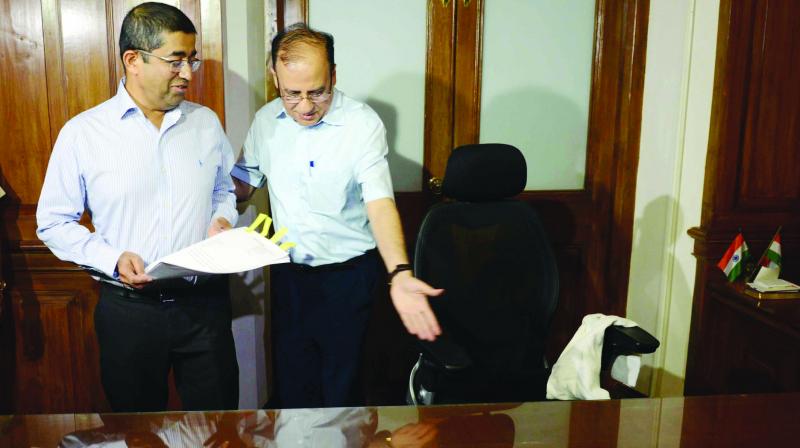 Mumbai: Ahead of the monsoon, the Brihanmumbai Municipal Corporation (BMC) faces the formidable task of preventing flooding and completing the desilting of stormwater drains. The new BMC chief, Praveen Pardeshi, who took charge on Monday, said that his main priority would be to abate the chronic water-logging spots in Mumbai. Speaking with the media, Mr Pardeshi also said that completing the desilting of all nullahs on time is a most important task and strengthening the disaster management centre by installing more CCTVs across the city is required to prevent disastrous situations.

Mr Pardeshi, who earlier served as additional chief secretary to chief minister Devendra Fadnavis, said that last year 250 chronic water-logging spots were identified and this year 200 such spots have been identified of which 30 are abated till now and rest will be completed in the next two weeks.

The municipal commissioner said that at many a time there has been negligence in desilting work. To improve efficiency, the usage of GPS technology on the lines of Jalyukta Shivar can help, he said. He also said that after the desilting scam, many contractors were blacklisted by the BMC, but there are cases where the same contractors had changed their firm’s name and filled tenders. He called for stringent action against such offenders.

Speaking about the Coastal Road, which is facing extreme flak from environmentalists, he said, “The project has to be completed without damage to the environment and fishing. If anybody has doubts, they will be taken up by discussions. A way has been kept for fishermen and this has been explained to them. The Coastal Road will solve the city’s traffic problems.”