Meanwhile, the officials are facing a tough time interrogating Renteria as he cannot understand English. 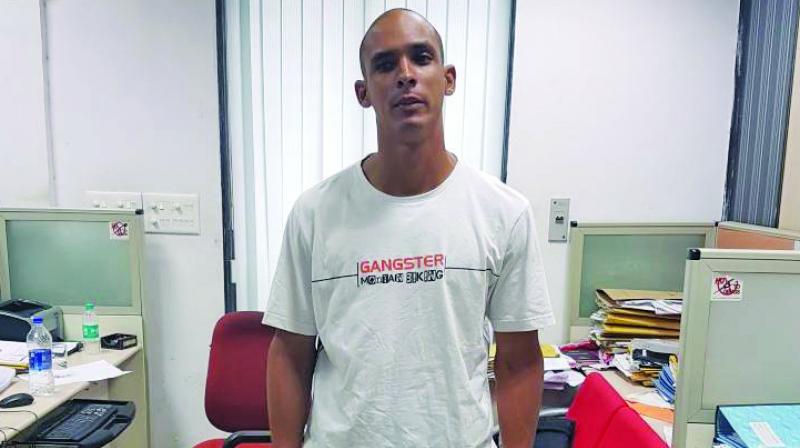 Mumbai: It has come to light that the Colombian national arrested by Narcotics Control Bureau (NCB) officials with 5.93 kg cocaine worth Rs 36 crore was paid USD 3,000 for working as a courier. Investigators are in the process of ascertaining if the contraband was sent for receipt in Mumbai or was headed elsewhere and only seized here.

NCB officials, based on a tip-off, arrested the accused, Freedy Trujillo Renteria, with the contraband on his person from a hotel in Masjid Bunder on Saturday.

Meanwhile, the officials are facing a tough time interrogating Renteria as he cannot understand English.

A senior NCB officer said, “He can understand only Spanish and therefore, we are taking the help of translators to question him about his movements. This is Renteria’s third visit to India and we are trying to gather details of his previous visits as well. He was lured with easy money and was paid USD 3,000 for carrying the contraband.”

Another reason why the interrogation isn’t making much headway is that couriers are kept in the dark about who will receive the contraband as also its ultimate destination.

Officials said that couriers are in constant touch with their handlers and take instructions from them on a real-time basis.

The NCB officer said, “In this case though, we have come to know that the person Renteria was communicating with, was based in Sao Paulo, Brazil. It is yet unclear if he is the main handler or a mediator between the main person and Renteria. He travelled flew Panama-Sao Paolo-Addis Ababa-Mumbai.”

The NCB has also informed the Colombian embassy in New Delhi, seeking details of Renteria after officials found him carrying a Colombian passport. NCB officials want to ascertain the accused’s antecedents and whether his passport is original.