According to locals, the dogcatchers catch pregnant and small dogs for sterilization but cruelly. 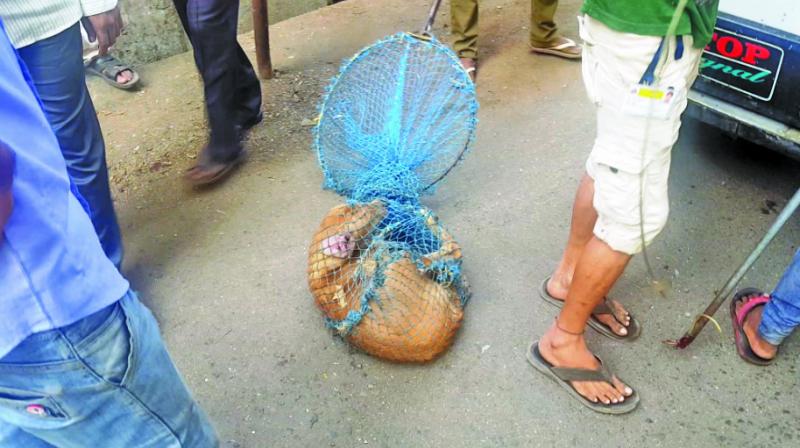 Activists and locals complained that the dogs were handled with sharp objects and trapped in sharp nets.

Mumbai: Plants and Animal Welfare Society (PAWS) has written a letter on June 7 to the Municipal Corporation of Greater Mumbai’s (MCGM) executive health officer over the cruel handling of pregnant dogs in the areas of Bhandup and Mulund taken for sterilisation.

Locals and activists complained that the dogs were trapped in sharp nets and handled with sharp objects, leading their nose and body to bleed. The letter has also been sent to Animal Welfare Board of India, commissioner of MCGM, commissioner of Animal Husbandry Department and Maneka Gandhi.

According to complaints received from local animal lovers, the dog van that has MCGM printed on it. According to locals, the dogcatchers catch pregnant and small dogs for sterilization but cruelly. However, when locals oppose to such methods, the catchers release the dogs.

“This dog van does not belong to MCGM, so on what basis does it print its name on the van. This causes confusion and doubts in the mind of citizens and animal lovers. The dogcatchers have ID card with MCGM’s name and logo, which misleads people assuming they are MCGM’s official staff,” said PAWS Mumbai founder, Sunish Subramanian, who claims that the van belongs to a local NGO.

The letter hence demanded that a third party representative (an NGO which not for the cause of Animal Birth Control Project but for Animal Welfare) in Animal Birth Control Mentoring Committee, along with MCGM Officers and ABC Project NGO representative should be involved to oversee the situation. Given that ABC’s project is funded by MCGM and government agencies, it becomes very important to keep a check on ABC’s project transparency.

As per rules, dogs have to be caught humanely. Not doing so amounts to a violation of the rules and is a punishable offence under section 38(3) and section 11(1) of Prevention of Cruelty to Animals Act, 1960.  “Since the workers are using MCGM’s name and its logo, it amounts to impersonation for personal gains,” alleged Mr Subramanian.