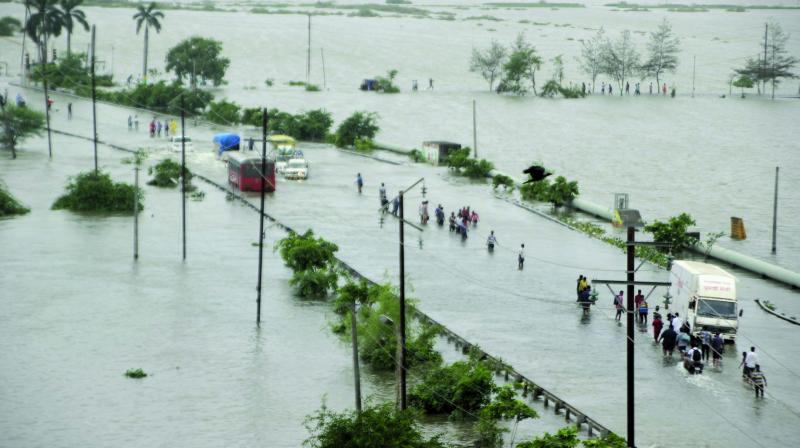 Mumbai: After incessant rain from Saturday to Tuesday left large parts of Vasai-Virar and Palghar flooded over long periods of time, local doctors have warned that there could be an outbreak of vector-borne and water-borne diseases in areas where carcasses of rats, cats and dogs are rotting in the open if timely remedial measures are not taken. After the rainwater recedes, it could lead to a rise in diseases such as dysentery (amoebiasis), diarrhoea, cholera, dengue, leptospirosis and even fungal infections. Doctors have appealed to residents to boil potable water, rely on home-cooked food and take preventive vaccination.

Dr Om Shrivastav, director, infectious diseases, at the Kasturba Hospital, said, “The residents of Nalasopara should take precautionary measures as they were in the water for over three days. Fluctuation in temperature also makes the body vulnerable to viral infections. The flu vaccination should be given to everyone.”

While walking in rainwater with cuts and bruises on the leg, the water contaminated with the urine of rodents can cause leptospirosis. The concentration of gram-negative bacteria and anaerobes may also increase in contaminated water, causing respiratory and stomach problems.

So far, civic hospitals have not recorded any cases of water-borne diseases in these areas. Dr Rajendra Chouhan, chief medical officer of Vasai civic hospital, said, “Patients are being screened for leptospirosis and other waterborne diseases. We are also doing door-to-door checks and distributing preventive medicines.”