The families of only 13 of 26 deceased in Thane district are eligible for compensation. 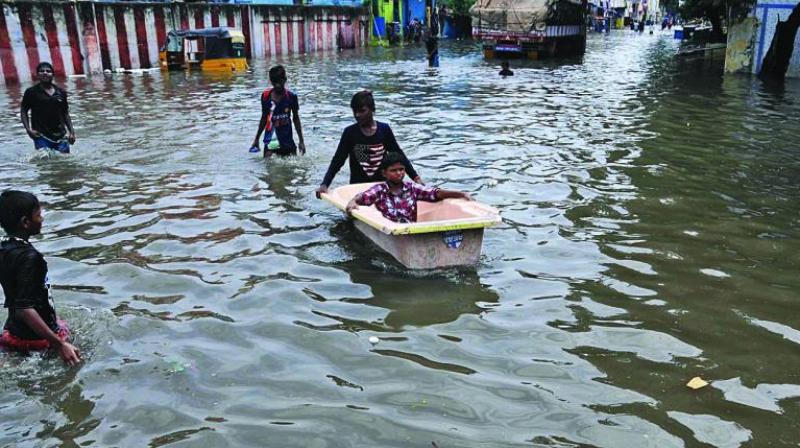 In addition to this, compensation will be denied in cases where deaths were caused by electrocution, tree collapses and drowning due to waterlogging. (Photo: AP)

Mumbai: In a classic case of bureaucratic apathy, the families of people who died due to heavy showers will not be eligible to receive government compensation if there was less than 65mm rainfall at the time of their demise.

In addition to this, compensation will be denied in cases where deaths were caused by electrocution, tree collapses and drowning due to waterlogging.

A government resolution (GR) in this regard has received flak in Thane district because only the kin of 13 deceased are eligible for government aid despite the region recording 26 rain-related deaths this monsoon. One of victims whose family will not receive a penny is an auto-rickshaw driver who died after a tree fell on his vehicle at a rickshaw stand in Kalyan.

Social activist Anil Galgali slammed the government’s decision as absurd. “Deaths caused by electrocution and tree collapses should be considered for compensation as they are a result of heavy rainfall. The majority of deaths happen due to the government’s inefficiency, but officials are scapegoating the rains to deny compensation.”

Rajesh Narvekar, the collector of Thane district, however, defended the decision, saying no rules had been violated while allotting government aid. “Sixty-five millimetres is the government norm for declaring heavy rainfall and compensation is being given according to the rules.

According to government officials, the floods caused fatalities as well as monetary losses in Thane district last week. Taking note of this, the state government sanctioned `20 crore as compensation for flood-affected people.